Girl in Snow by Danya Kukafka 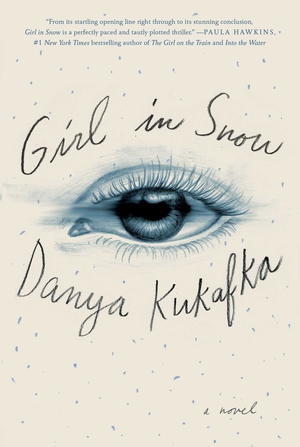 Tortured characters are the name of the game in this part-murder mystery, part-human exploration called Girl in Snow. Characters alternate in each chapter as the reader meets Cameron, Jade and Russ. Cameron and Jade attend the same high school as Lucinda Hayes. One day, Lucinda is found dead lying in the snow at the amusement park; the town and school reel in disbelief. Suddenly, anyone that interacted with Lucinda is a suspect including Cameron, her ex-boyfriend, Zap, and even a teacher. Cameron watched Lucinda from afar each night, while Jade wanted to be Lucinda. And then there is Russ, Cameron’s dad’s co-worker at the police department. Each character is somehow intertwined and every single person has secrets that they are grappling with as the murder accusations circulate.

Kukafka skillfully creates characters that readers will feel sorry for, hate, and wonder what their role in Lucinda’s death might be. Girl in Snow is a book where the reader must pay attention as details get lengthy and, at times, convoluted. Once the murderer is revealed, it really doesn’t seem that important anymore because what Cameron, Jade, and Russ finally acknowledge about themselves is much more powerful.