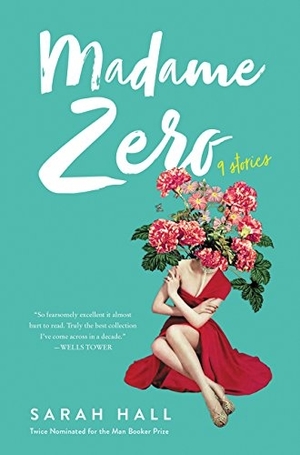 Sarah Hall’s Madame Zero: 9 Stories begins and ends with the two strongest short pieces, which both examine heterosexual marriage from a male perspective. The husbands, willing but almost passive participants, marvel at the changes that overcome their wives. In “Mrs. Fox,” the wife transmogrifies into a vixen. In “Evie,” the titular character becomes erratic and reckless, driven to satisfy new cravings. Both husbands navigate this new home life, the dualistic nature of their wives – the cultivated and the primal – and their own cultivated and primal responses. It’s no wonder that “Mrs. Fox,” a fluid, engaging story, won the BBC National Short Story Prize in 2013 and “Evie” was shortlisted for the Sunday Times EFG Private Bank Short Story Award in the same year.

“Later that day, tense with anxiety, he leaves the house and goes to the library. He researches the world of madness. Folie à deux. Imposter delusion. Cotard. Capgras. Madame Zero” (16).

Some of the remaining seven short stories are more experimental. “Case Study 2” is just that, a case study of a boy recently removed from a cultish commune where he was born. “Theatre 6” thrusts the reader into the second person point of view of a surgeon. Hall’s stories dive into a character to give a snapshot of their daily world. Madame Zero is a quick read for anyone who enjoys contemporary literary tales that sometimes trespass into slipstream and magic realism.