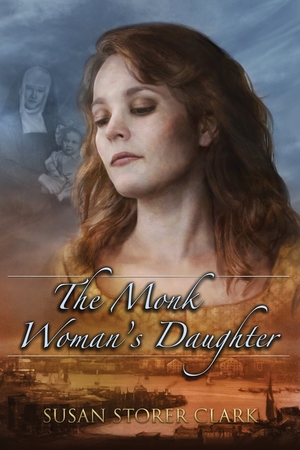 Vera St. John’s life has always been at least partially defined by the looming shadow of her mother, Mary. A troubled woman with an infamous past, Vera loved and feared her mother in equal parts. After she is removed from her mother’s care, Vera focuses on trying to make a life for herself away from the squalor of her New York neighborhood, but her mother’s legacy is hard to escape. Vera must work on hiding her origins while at the same time, working on personally making her own peace with her mother. As Vera moves to Baltimore and then Washington D.C., she must also learn how to belong in a world in which she feels out of place.

The Monk Woman’s Daughter, by Susan Storer Clark, is a remarkable historical fiction novel set in the nineteenth century. The reader is transported to Vera’s squalid New York neighborhood and experiences the daily struggles and horrors that the residents consider commonplace. The difference in lifestyle Vera finds when she is placed in the country is almost jarring in its differences (both for her and the reader). The book is equally successful in creating distinctly separate places when Vera’s life takes her to Baltimore and Washington; each city is its own creature with problems and personality. Each place also sets the stage for political and personal events that change and shape Vera’s life and choices throughout the novel.

One of the remarkable aspects of this novel is that each of the main characters changes as the story goes on; none of them remain the same as they were upon their first introduction to the reader. Vera herself is an unusual heroin, fluctuating between confidence and being terrified that her mother’s legacy will ruin her life. Vera’s sister Lizzie also has a character arc that changes her from an impetuous and flirty young girl to a (still flirty) woman with a keen business sense. The minor characters are purposefully added to aid in telling Vera’s story; there’s no fluff in this novel either in plot or character choice. The Monk Woman’s Daughter is a stunning novel and shouldn’t be missed, particularly by fans of historical fiction.