A Royal Affair Series: Books One – Three by Christina George 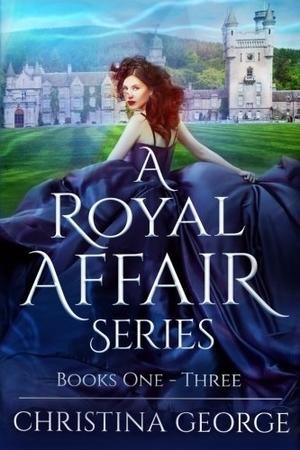 A Royal Affair Series: Books One – Three by Christina George is a paranormal romance series that will thrill fans of the genre. In Book One, readers learn that celebrity publicist Emma Avery can see into the past. When she falls for the handsome and wealthy Peter Hoogstratten, it turns out that he’s the crowned Prince of Belgium. What’s even more unbelievable, Emma gets the feeling that they’ve met in a previous life. It turns out they have – 200 years ago. Peter was Fitz and Emma was Anna-Maria. They ruled Belgium as King and Queen until tragedy struck. Emma and Peter want to marry, but Emma is haunted by her psychic visions of the past, and Peter is told he must move forward with an arranged marriage.

In Book Two, A Royal Scandal, Emma deals with the aftermath of Peter’s engagement to a Romanian woman named Alexandra Dalca. Under false pretenses, Alexandra flies Emma to Belgium where she discovers that she’s been hired to promote Alexandra’s engagement to Peter to the U.S. media. Naturally, the women take an instant dislike to one another. Throughout this section, Emma continues to have flashbacks and realizes that Alexandra (or some form of her) may have threatened Fitz and Anna-Maria in the past. In Book Three, A Royal Romance, Emma discovers what disturbing role Alexandra played in her previous life, and desperately tries to dispel the forces that are trying to keep her and Peter apart forever. Alternating back and forth between modern day Belgium, and New York and Belgium 200 years ago, George’s saga is a time-traveling love story that spans decades.