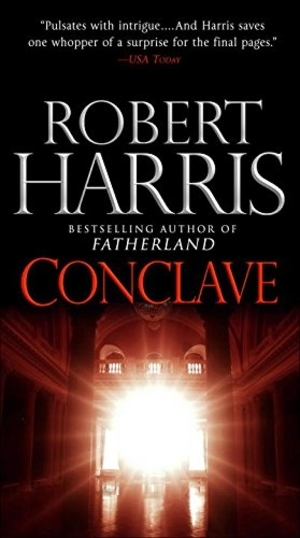 In the early hours of the morning, Cardinal Lomeli, Dean of the College of Cardinals of the Roman Catholic Church, will begin to fulfill the most important duties of this position – overseeing the papal conclave – as he learns the Pope has died. As the notifications begin to spread through the Curia and the world, the ceremonies codified in the Apostolic Constitution are carried out; removal of the pope’s body from the apartment, locking and sealing of the apartment, breaking of the pope’s ring (Fisherman’s Ring) and papal seal. In the following 9 days there is mourning with burial in 4-6 days after death, and the initiation of the papal conclave within 15 days for the election of the new pope. As Cardinal Lomeli is engaged in the preparations for the conclave, he struggles with his own concerns about carrying out his duties as well as his concern about the church and its future direction. There appear to be four cardinals with the possibility of being elected pope, each with varying interests. One is interested in returning the church to the Latin liturgy, another with objections to LGBTQ individuals in the church, a cardinal with more reformist ideas, and one who suffers from an element of narcissism with a sense of indispensability. Complicating things, Lomeli learns of two private meetings held by the former pope. Just prior to his death the pope initiated a secret investigation of one of the cardinals. Additionally, an unknown cardinal arrives appointed by the former pope.

As the author moves the reader through the death of the pope and into the conclave he provides significant detail of the procedures and their history which enhances understanding and appreciation of those activities. This story is set in the current day world with expression of the concerns, the pressures, and the nuances of the religious beliefs of these “princes of the church” of today. Conclave is written in a tight, flowing manner, which makes for a rapid read. The book also serves as a basic education about the workings of the Catholic church, and is a thriller with surprises. This is an engaging read for mystery enthusiasts.