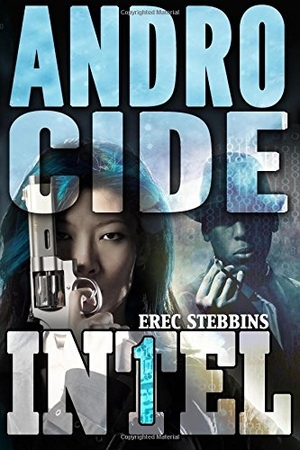 After a failed coup attempt of the United States government and the destruction of the organization behind it, all that is left for INTEL 1 is to hunt down the last remaining member of the conspiracy; Nemesis. In their pursuit of Nemesis, Agents Houston and Lopez travel to Iran in attempt to finally bring her to justice. Meanwhile, Detective Sacker works tirelessly to track down a serial killer who has been killing known rapists in New York City. Aided by Private Investigator Grace Gone, they begin to discover the killer’s motives are not as straightforward as they would appear. Soon, the agents of INTEL 1 and those investigating the serial killer in New York find themselves drawn together as a global conspiracy is brought to light, one that could destroy the world.

Androcide, by Erec Stebbins, is the fifth book in the INTEL 1 series. The novel has interesting explorations of many different concepts, ranging from bio-research into male contraceptives to global plots to influence United States politics and even examinations of gender identity. There are clear references to political and societal issues that may one day leave the novel feeling a bit dated but does a beautiful job of connecting the novel to the current United States political situation. The initially separate story arcs thoughtfully contrast each other. One arc providing thrilling moments of tense action all while skillfully filling in background for the readers who have not read the previous books in the series and the other arc drawing readers in with a compelling mystery filled with moments of horrifying gruesomeness. Both story arcs are filled with small, sometimes easily missed, details that eventually reveal themselves to be well thought out and intricately connected to each other leading to a culmination of the arcs that was exciting but could leave some readers with questions unanswered. A delight read for anyone who enjoys thrilling mysteries that will leaving you looking forward to the next book in the series.