On Trails by Robert Moor 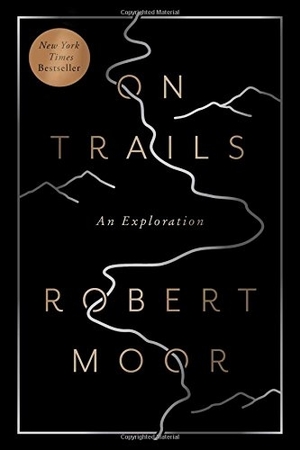 How a path traveled by one becomes the path traveled by a few, and to later emerge as a recognized trail, is the heart of the matter in On Trails by Robert Moor. As a thru-hiker of the Appalachian Trail, Moor writes a strong and compelling hybrid, mixing memoir and reporting to get us to think more clearly of the paths and trails we travel.

Moor’s book opens with an in-depth personal account of how trails became central to his life. After various life struggles, he decided to walk the 2,200-mile Appalachian Trail. The preface is a compelling, and well-written explanation of this. Moor’s first-person account is intimate early on, full of wonder and intelligence, reminiscent of the quality and scope of Cheryl Strayed’s Wild. We grow to really like Moor in the opening pages, and are happy to walk the trail with him. Moor writes and thinks like a thru-hiker, and explains how even when he moved beyond the trail, when the thousands of miles of the AT were behind him, he still thought the way he did when he was hiking.

After the sizable preface, Moor breaks his book into chapters, and each read like a long, self-sustained magazine feature about a subtopic connected to his theme. Moor looks into the history and science of trails. He travels and traverses various paths with an array of character, looking at everything from how animals come to form trails, to some of the oldest trails on planet earth. The reporting here is all well written, but some of the topics are more compelling than others. Moor is not a scientist, and his study of the trail is based solely on observation, and what he learns through his reporting. Because of this, the narrative lacks some of the stellar, scientific insight we come to expect from this type of writing, as Moor doesn’t quite know what genre his text belongs in.

On Trails is not concerned with the spiritual or transcendent nature of paths and trails, but rather the holistic way that paths arise in life. The book is best when mixing the personal with historical, otherwise, it feels like a wandering narrative without a fixed destination, and without much to back it up. A decent book, and a nice wander with some good reporting that grows repetitive. A read best suited for the avid hiker who wants something to do when not on the trail.