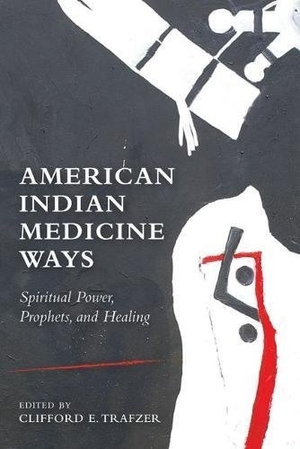 Based on the title and the prologue, where editor Clifford E. Trafzer describes how he introduced a colleague to Native American healers who completely eradicated her stage 4 cancer, a reader might expect the rest of American Indian Medicine Ways: Spiritual Power, Prophets, and Healing to reveal the essential components of Native American medicinal techniques. Instead, American Indian Medicine Ways is a collection of well-researched essays by different scholars who’ve studied how various tribes made practical adaptations and fused their traditional beliefs to the postcolonial world that decimated the Native American economy, population, and way of life through genocide, spread disease, land theft, and forced assimilation. As with colonialism, the chapters mostly move westward plus a chapter dedicated to female healers and the final chapter, which is the closest to the prologue and Trafzer’s own contribution – a short biography of the modern Comanche medicine man Kenneth Coosewoon.

“From the time of indigenous creations to the present, American Indians have continued to believe in the power of the spirit, which manifests in many different forms” (281).

As shown with the Dakota Access Pipeline, white settlers are still taking land from Native Americans and polluting places of spiritual and healing power. One of the essays discusses the Tolowa Shaker Church on Indian Court in Smith River, built in 1927 and opened in 1932, as still standing, which it was at the time of publication, but in September 2017 burned to the ground, most likely from arson, as reported by The Curry Coastal Pilot.

Readers interested in Native American history and culture will doubtless enjoy American Indian Medicine Ways whereas those seeking specific healing methods will most likely need to conduct their research elsewhere.