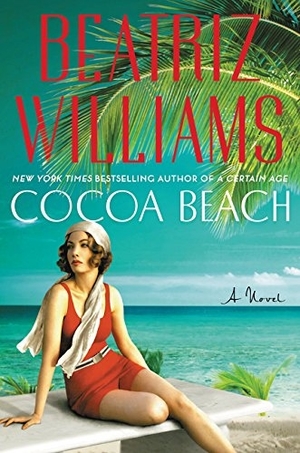 Virginia Fortescue is definitely a strong and daring woman in the novel Cocoa Beach. This story rotates between France during WW1 and Cocoa Beach five years later. Young Virginia left her home in New York to work as an ambulance driver during the war. She left behind family secrets and hoped something wonderful would happen to her. She met a dashing British Army surgeon named Simon Fitzwilliam and later accepted his marriage proposal. Simon’s own family secrets eventually drove Virginia back to her father and sister in New York. Five years later, Virginia receives notice of Simon’s death and travels to Cocoa Beach thinking to settle his estate. She finds out that everything is not what is seemed to be. Family secrets on both sides are brought forward. Virginia finds herself being pulled into two different directions as she questions the lies Simon told her and the new people popping up for parts of the estate. She is left to untangle this mess as she tries to make sense of Simon’s death.

This is quite an exciting and enjoyable historical fiction novel. It is set during the Prohibition Era which is fun to visit. Beatriz Williams has a lyrical style of writing and enmeshed the reader in the era with her details of clothing and how places looked at that time period. She keeps the reader guessing with all the twists. Just saying the word Cocoa Beach sounds so lovely, doesn’t it? This reader was grabbed immediately by the lovely cover and felt this would be a good novel to bring back the feeling of summer!