The Rift by Nina Allan 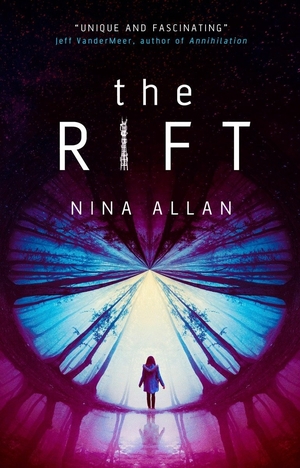 When Selena is fourteen, her older sister Julie goes missing. Despite the lack of clues surrounding her disappearance, Selena achieves some degree of closure, that is until she receives a mysterious call from a woman claiming to be her sister. Now in their twenties, the sisters struggle to pick up their relationship where they left off. Adding insult to injury, Selena initially refuses to tell Julie where she was for all those years. When Selena does disclose her whereabouts, she weaves a tale of a life on another planet that, while unbelievable, is too detailed to be untrue.

The novel begins as a traditional mystery. Selena reflects on the moments leading up to her sister’s disappearance. Though at this point the action is slower, Selena is a compelling enough character to keep readers invested. Soon, the mystery of Julie’s disappearance is eclipsed by the disquieting science-fiction tale relayed by Julie. Allan successfully alternates between Selena and the present day, and Julie’s experience on another planet. Julie’s story is at first slow and overloaded with facts and history of the other planet. However, her story builds to a thrilling climax as her former world collides with the present.

The Rift will appeal to any science-fiction lover. It’s well written and surprising in a way that many of the clumsier science-fiction stories today aren’t. As the story delves deeper into fantastical territory, it might be off-putting to some. Nonetheless, for those willing to remain with the story until the end, it is worth the investment. Through the unbelievable and the disturbing, the book maintains a level of practicality that is refreshing.