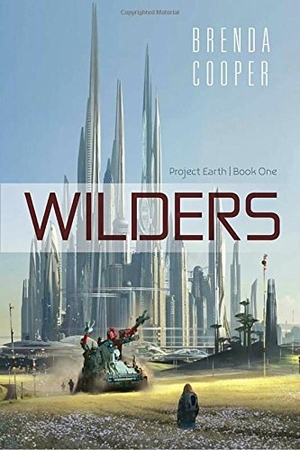 In the future, cities dominate, seemingly providing its citizens with everything they need to survive. Companion robots and virtual reality are everyday commodities. Coryn has grown up amidst the bustling city and burgeoning technology of her beloved home, Seacouver. However, everything changes when her parents commit suicide, leaving her and her older sister, Lou alone. Soon after, Lou leaves the city to join the “rewilding” community working to normalize the environment outside the city and the animals within it. As Coryn’s last year in school flies by, Lou’s messages are increasingly vague and infrequent. When it’s time for Coryn to graduate, she forgoes choosing a career in favor of leaving the city in search of her sister. What she discovers is unexpected and causes her to question everything she believes.

What begins as a promising tale set in an intriguing futuristic world is quickly overshadowed by unrealistic circumstances and reactions. Coryn and Lou treat their parents’ deaths as an inconvenience. Their reactions are devoid of all emotion other than their dismay that they’ll now have to live in an orphanage. The book excels most towards the beginning and middle, however, as soon as Coryn unravels the mystery surrounding her sister the plot becomes less believable. Additionally, inauthentic and repetitive dialogue hinders potentially heartfelt exchanges between Lou and Coryn.

Coryn is initially difficult to like. Her often misplaced bravery makes her naïve and reckless. Despite the fact that she’s repeatedly warned that the outside is dangerous and that she’s risking the loss of her companion robot and protector, Paula, she goes to the outside anyway and is surprised to find that everything she’s been told is true. Despite these flaws, Coryn does mature and learn from her mistakes. As for the overall message, the author’s intent in commenting on the environmental consequences that urban lifestyles can have on the earth was evident. Nonetheless it wasn’t successfully translated to the story, characters, and plot in as meaningful a way as it could have been.