The Brambles by Leah Erickson 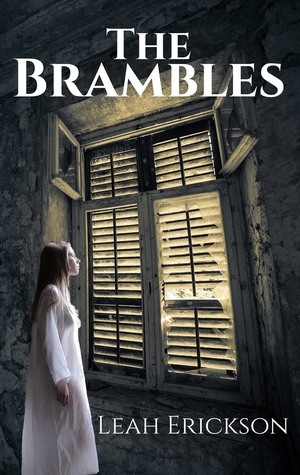 The presumed suicide of seventeen-year-old Elizabeth Gray shocks the residents of her town. Not that they really knew her; no one really knew Elizabeth. She lived with her mother in a house and they mostly kept to themselves. The only people who really knew Elizabeth were her childhood friends: Mack, Vanessa, and Lillian. Soon after Elizabeth’s death, each of her friends is given signs that her death was not a suicide but something more sinister. The three join forces to investigate and find themselves thrown into the mysterious and dangerous workings of a house called The Brambles, the center of a strange religious cult. The friends must work to find out what happened to Elizabeth before it’s too late for her, and for them.

The Brambles by author Leah Erickson is a chilling and atmospheric novel that draws the reader in with the first sentence. The author creates a mood from the start that conveys an aura of unease, uncertainty, and otherworldliness for both the characters of the novel and the reader. The three main characters – Mack, Vanessa, and Lillian – are well written and complex. They are each unique in their personalities, skills, and their ways of dealing with both Elizabeth’s death and their futures after high school. Vanessa is the smart one, Mack is the charming, stubborn one, and Lillian is the sensitive one who has more of a connection with Elizabeth’s spirit. During the novel, each character is pushed to find out who they really are and what they want to stand up for in their lives. The lessons aren’t easy for any of them but they do make them stronger. The story arc mimics their individual character arcs, which wind seamlessly into the story. The supporting characters are also well-written and are there for a purpose; there is no filler in this book. The book deftly unfolds Elizabeth’s secrets a logical way and the novel doesn’t feel rushed or badly paced. Overall, The Brambles is an engrossing novel that cannot be put down. Readers of young adult fiction will enjoy this book.