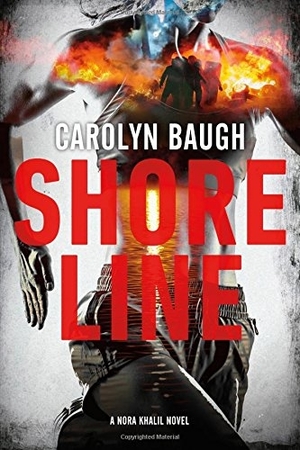 The FBI office in Erie, Pennsylvania is neither a very busy nor an exciting place for recent graduate Norah Khalil, especially after having spent four years in her native Philadelphia as a cop. While the department is engaged in trying to gather information to indict a purveyor of child pornography, a large annual motorcycle gathering is occurring in Erie called the “Roar on the Shore.” With the streets filled with bikers and their motorcycles, a group of bikers rob the downtown bank, murder an innocent, and escape on motorcycles through the morass of people, making no effort to hide their identity. This crime results in placement of Erie in the middle of national news, which is followed by threats and demands from a domestic terrorist group trying to evoke a nation-wide revolution. As Nora and the fellow members of the FBI and sheriffs try to resolve the case they discover a seeming puzzle in the demands that has a timeline sequentially resulting in devastating events. They find themselves in a struggle to solve the multiple crimes as the city is descending into chaos.

The main character of this novel is Norah Khalil, a woman of Egyptian heritage, who is strong, independent, smart, quick to act, and courageous. The character and scene creation are provided by snippets of description instead of ponderous detail, which allows the story to move along as you fill in the details. This is an exciting, topical thriller/mystery one can read in a day or two and have a good time.