Murder in the News: An Inside Look at How Television Covers Crime by Robert H. Jordan Jr. 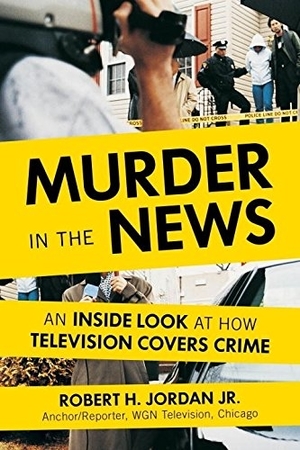 If a news station discovers there have been two local shootings, but they only have the resources to send one team at that precise moment, how do the producer, assignment editor, and reporters decide which murder to prioritize? How does the victim and culprit’s age, gender, ethnicity, and social standing influence this decision?

These are the questions at the heart of Murder in the News: An Inside Look at How Television Covers Crime, by Robert H. Jordan Jr. In addition to bringing over four decades of experience as a news anchor and reporter, Jordan focused on this subject for his dissertation at Loyola University in Chicago.

Jordan’s main thesis, however, is no less noteworthy or important. He’s found that most people in the news industry rely on their “gut” to prioritize news stories, but without more structure or analysis, that “gut feeling” easily leans toward inherent biases and prejudices that don’t necessarily reflect what viewers want to see. This blind spot is becoming increasingly clearer as people consume news online, where embedded tools can better track people’s preferences.

“The stories journalists report do have an impact and can influence public policy and affect the way we think and the perceive others to be” (17).

Murder in the News is a book for anyone who wants an in-depth look on how news stations prioritize stories.