Angel of Death by Adrian Ferrer 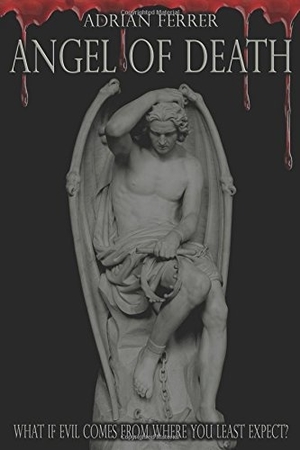 As Rome is rocked by an earthquake, the police are rocked by an unusual crime with biblical clues. A sinister scene of animal sacrifice is soon tied to a missing janitor, pushing the police to seek the help of Scholar Giulianna Biagi, a visiting professor doing research in Rome. With her assistance, Detectives Matteo Levi and his partner Liugi Bartolo must uncover the clues which will lead them not only to the criminal but to a darker truth which may shake the foundations of billions of believers.

Without looking up anything on the author, it was difficult to understand the author’s intent while reading this story. The initial impression I had was that of the author pushing a Christian narrative for more than just plot progression. But, as the story developed, it became less clear if this was by design or by my misinterpretation of the author’s intent. This is partially due to the book needing an editor more familiar with English idioms and dialogue. Too often the book uses phrases and word choices that are easy to misinterpret and which falls outside of standard American English. This significantly hurt the dialogue between characters and the readers mental development of said characters as a result. However, it should be noted that this book is a translation. The author is well aware of the editorial issues and is routinely working on fixing them. I did read a version of the book that is no longer current and as such, some of the translation issues I encountered may be completed in later versions.

The heavy use of religious themes and passages are overwhelming at times. While well used in regards to plot development, they felt overused in some scenes leaving an impression of those scenes preaching about the passages rather than developing the story. The passages written in between chapters, at what seemed to be random intervals, may be more relevant to those with a religious background and upbringing but adds little to the overall development of the story. There is also a potentially dangerous lack of awareness to how readers might interpret some of the book’s major revelations, especially towards and by those of the Jewish faith. A lack of awareness made more poignant by numerous occasions of indifference to beliefs that fall outside the Christian faith.

The ultimate revelations were fascinating, however, with references from the bible being effectively used to lead up to them. To top it off, most of the characters were compelling and fairly easy to connect to, especially with some of the banter between them. The interactions between Detectives Levi and Bartolo being a perfect example of the kind of charm and friendly conversation a reader could imagine two partners would have with each other. Even those without an interest in biblical studies and Christian themes will likely find this story to be thought provoking and intriguing. Angel of Death is a decent book for those who like a story to challenge a reader’s perceptions.