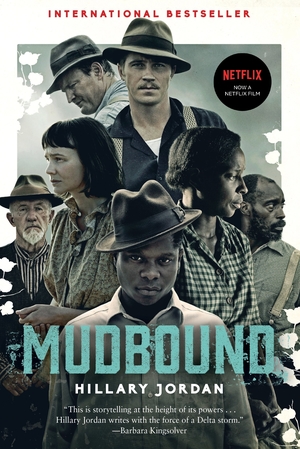 This intricate historical fiction, despair, and a bit of guilty romance takes place in the mudlands of the Mississippi Delta in the early years post WWII. Two families lived on farmland in the delta; hard working people struggling to survive each day. The owner of the farm was the white family, Henry McAllan and his wife, Laura. Included in the family were two young daughters and Henry’s cruel father, Pappy. They lived in the dilapidated farmhouse with an outside toilet, toiling to stay afloat on this farm – a dream of Henry’s. The Jackson family were black and were sharecroppers on the farm. They included Hap, Florence, their two sons, and a daughter. When two young men, Jaime McAllan and Ronsel Jackson, return home to their families after serving their country during the war, they feel the prejudice and social discord throughout their town. The town folk speak freely their cruel words to let the young men know that a friendship between the two races is forbidden. True cruelty emerges in white covered hoods and robes to hand down punishment to Ronsel. Jaimie tries to interfere and finds his own father there in the mist of the white clothed men. Twisted fate raises its head and reeks tragedy among both families that night.

The author, Hillary Jordan, wrote this debut novel in 2008 and the book has since been turned into a Netflix film. A riveting tale of two families, the narrative switches back and forth between the families. Each character’s voice is forceful and captivating. The author describes the muddy delta in such rich detail that even this reviewer began to dislike the farm as much as Laura McAllan. The story examines racism, prejudice, and moral code. It also underscores effects of war that befalls many service men. This is an engrossing novel that is quick to read and very hard to put down.