Strangers in Budapest by Jessica Keener 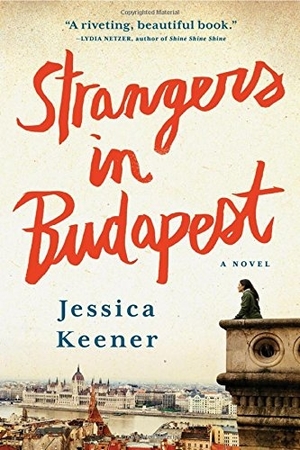 Annie and Will Gordon are Americans living in the mysterious and beautiful city of Budapest trying to seek their fortune. Annie has sought to live here to escape the thoughts that haunt her. Will simply believes he can change the lives of the citizens in Budapest by providing them with technology and taking care of his family, which includes baby Leo. They both realize that living in this post-Communist city, Americans are not always successful. However, Annie and Will both feel optimistic as they set out to meet a stranger and check on his health as a favor for their neighbors back in Boston. Edward is the elderly gentleman they seek. He is a gruff old man with a secret agenda that leaves him almost fanatical with his thoughts of revenge. He intrigues Annie, so she visits again and learns that Edward seeks a man who has seduced and murdered his daughter. Upon seeing a photograph of the man Annie suddenly finds herself at odds with Edward and has doubts about her choice to stay and live in Budapest and who to trust.

This is a fictional thriller that captivates the reader in the first few pages. Strangers in Budapest has an engrossing storyline that weaves the German occupation of the past into the afflictions of the grown children present in this story. Guilt and murder brings a morality into focus while choices about rights and wrongs are discussed openly. The characters are full bodied, personable, and believable. The setting is described thoughtfully and with care. The author includes history lessons on the city of Budapest through her characters, mainly Will. It is a fast-paced page turner that will leave the readers deep in contemplation.