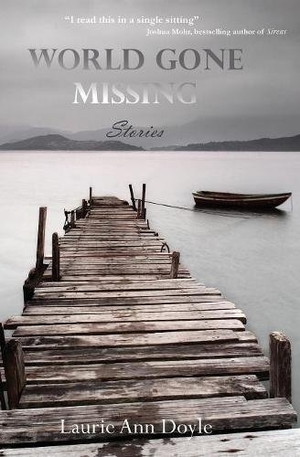 The twelve stories that comprise Laurie Ann Doyle’s debut short story collection World Gone Missing are a relatable expression of Baby Boomers’ experiences. Characters are often in their late 40s or 50s navigating memories transposed with today. Clothing becomes political and social in one short story when a girl excited for her first pointy bra transforms into an underwear-disavowing hipping and later a mother chided by her daughter to purchase attractive lingerie. There’s the difficult navigation of romantic relationships, such as when the main character’s boyfriend’s suicidal brother goes missing or when a recently divorced man falls for the eccentric purchaser of his ex-wife’s car, which he’s selling on her behalf. Other stories touch on death, ranging from the sometimes-glimpsed neighbor to the protagonist’s emotionally abusive father. With a few notable exceptions, they rarely dip into the supernatural.

“That night, my mother died in her sleep. Quickly, the doctor said. Now here she was furiously cleaning our apartment” (54).

All in all, these are very literary. Past incarnations of a few of the short stories were published by The Los Angeles Review, Jabberwock Review, and others and one was nominated for a Pushcart Prize. Considering the strength of this collection, Doyle’s name will most likely continue to gain notoriety among literary circles.