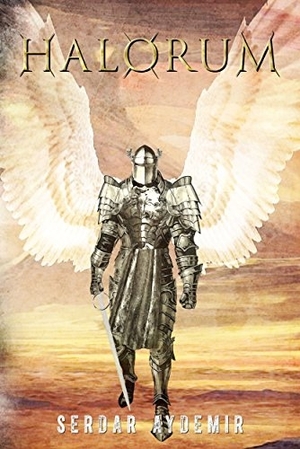 The kingdom of Halorum has enjoyed a period of extended peace due to the faith of the people protecting the country from corrupting forces. Years later the people’s faith is fragmenting as the gods have not walked among the people in some time. Paulira, leader of the Reaper Knights, the secret organization to fight off the Possessed and protect the king, chases a Possessed all the way into the king’s very chamber. While she was able to dispatch the evil, it was clear that the corruption has grown and the king sends Paulira off in search of the legendary Dragon Knight – a warrior of great renown. Paulira’s quest is vital, but they are running out of time as the Possessed are growing in number and necromancers are raising Halorum’s own dead to add to the swelling forces of the evil Lord Xov. Will waning the faith of the people be enough to protect the kingdom or is Halorum about to collapse?

Halorum falls into the classic good versus evil fantasy trope, although it does play with the tools available to its sandbox fairly well. The characters are all fairly flat and fall into the expected stereotypes: beautiful women warriors, strong and charming legendary knight, the good king, the evil sorcerer, the king who may or may not betray the alliance, squabbling over the next heir. The plot is interesting, if not offering anything new or groundbreaking, but does have a few plot holes and the ending of the novel is a touch unfulfilling due to the semi-cliffhanger teasing a continuation in a later novel. The writing is simple to an extreme level, which makes it difficult to really fall into the novel like some fantasy series allow you to do. There are a few typos, but it’s more the incredibly short sentences on repeat that make it difficult to enjoy the experience. There’s a decent story here that could be a great one with some added polish.