My Old Faithful by Yang Huang 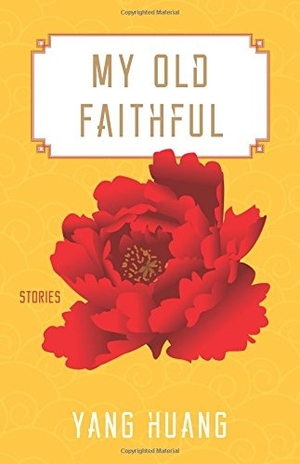 Set between China and The US over a thirty-year period, My Old Faithful tells the story of one Chinese family and their growth over ten interconnected stories. Author Yang Huang’s debut novel, Living Treasures, told the story of two young lovers in the summer of 1989 during the Tiananmen Square protests. My Old Faithful works with similar themes of young love, coming of age during tumultuous times, and ultimately learning to accept oneself both socially and privately.

My Old Faithful is set up as interconnected stories, starting with “The Selfish Youngsters,” which is then broken up into three individual chapters. In the opening story “What The Son Did…Pining Yellow,” we are introduced to the young boy Wei, the only boy in the family who also has two sisters. Frequently we are reminded of China’s one child policy and how the family was able to have more than one child before this was implemented. Family here is more important than ever and seems to be built of systemic values of working hard and honoring one’s own family.

This is why when Wei is caught stealing in the opening story, his father takes it upon himself to beat him with a slipper. It’s less harsh than stated and is ultimately subdued by a gentler side in the following story where the family raises baby chicks and Wei’s father talks about the day he was born. Wei’s father is a heavy smoker, and the realization is that it will one day catch up to him but the message may be that the sacrifice he makes to raise his family is worth it. Wei’s father gives up his own health ultimately to have a better life for children.

I like what author Yang Huang does with her stories. They’re unique and comfortable, yet strange and often matter of fact in their tone. For instance, “With Whom The Son Took Liberties…” shows Wei as a young boy and his sister Lian both discovering their sexuality. Interestingly enough the initial story is told from Wei’s perspective and how he can learn to please girls. He tries in the wrong ways and grows confused. Interestingly enough the following story, “What The Younger Daughter Once Aspired To…,” is told from Lian’s view and it provides a little more depth to Huang’s stories.

I would fault Huang for some stilted dialogue and perhaps a too simplistic approach to her stories but they have enough mystery to be interesting. There’s something of value to be learned from writers like Haruki Murakami whom Huang reminds me of. Murakami is the master of the mundane and ordinary, he balances that with mystery and somehow makes his stories all the more interesting. I believe Huang has the same qualities, if not a few less intangible results but she’s on the right track with her stories, and they detail the struggle of a family inter-connected by the struggle to survive even when the values they cherish create tension with the rest of the world. My Old Faithful is a strong outing from Huang. I hesitate to call it great, but it has merits and is certainly worth reading.