This Is the Place edited by Margot Kahn and Kelly McMasters 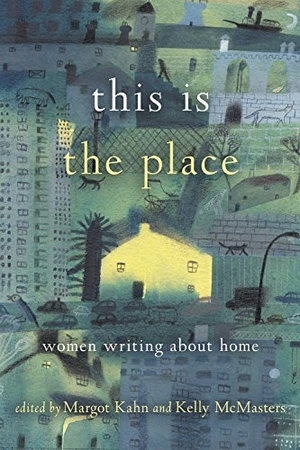 Columbia University alumni Margot Kahn and Kelly McMasters have curated 30 essays by women writers, including themselves, on the subject of home in This Is the Place.

“We realized that home is a loaded word, a complex idea: it’s a place that is safe, sentimental, difficult, nourishing, war-torn, and political.”

Each writer has a different take. For some, home is also their workplace. Others experienced homelessness. Writers come from diverse backgrounds, torn between their roots in Latin America or Asia and their lives here in the United States. Some of them have largely forgotten their mother tongues and learned new languages. Others never even knew their ancestral speech. One couple buys land as a method of political protest. Winding through the book, the consistent theme is that home is where we love and connect with others, where we celebrate our boons and grieve our losses. Home is also how we define the most intimate parts of ourselves.

The collection is uneven with well-known accomplished writers such as Dani Shapiro and Debra Gwartney, mid-career writers, and unknowns. Styles range from straightforward first-person narratives to more experimental essays using second person, numeration, and other convention-bending formats. While there are a smattering of stories from the so-called flyover states – mostly Iowa – and one in Alaska, the majority are set in the Pacific Northwest or New York.

Overall, the variance makes it difficult to digest this book in one sitting. Instead, it might be best to read one at a time and ruminate on it for a while before moving onto the next.