How to Fix the Future by Andrew Keen 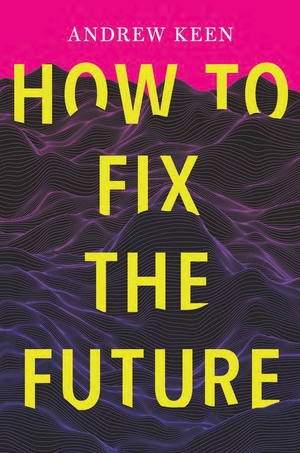 How to Fix the Future is an interesting book and worthwhile, though somewhat limited in scope. The focus is on the digital world and how it impacts our humanity: Brave new world a’ La Aldous Huxley or a new world for the brave (and educated). The challenges to our physical world are left to other authors in other books.

Mr. Keen, thinks that the advances in technology have brought a dislocation of society similar to the industrial revolution and that we haven’t got a handle on how to deal with it. To explore a way forward, he travels all over the world to Estonia, Singapore, the European Union, Germany, and Silicon Valley in California. He interviews people in the forefront of their country’s digital evolution: Government officials and, frequently, serial startup entrepreneurs. There are no clear answers here but plenty of tantalizing possibilities. Estonia has a more open system while Singapore has a more central authority quality about it. Both, however have things going for them that should be considered.

Perhaps the biggest questions addressed are how regain our agency or privacy in the face of digital intrusion by the “big five”: Google, Facebook, Twitter, Amazon, and Microsoft who are trying to wrest control of our lives from us in the name of the free market and profit. The book intimates that a change from advertising to a subscription model may be on its way. We have already seen a hint: The offering of “premium,” add free apps.

The second involves AI. As artificial intelligence invades more and more workspaces, a new model will be necessary to compensate for the un- and-underemployed in today’s increasingly gig-economy. These might entail a guaranteed citizen income and/or a new model of employment savants who may work six jobs at once: multi-tasking gone berserk. No, I can’t imagine it either.

I predict, as the old Chinese curse says: We will live in interesting times. How to Fix the Future might give you a leg up.