The Woman Left Behind by Linda Howard 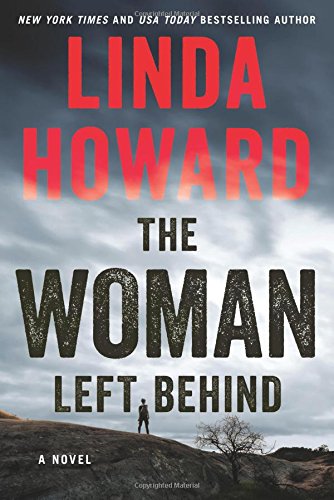 Jina Modell is a civilian woman working in communications for an elite military group in Washington D.C. She loves her job being a computer geek and playing games at lunch where she beats her co-workers. With her tech skills surpassing most of them, she is suddenly assigned a new position with a top “Go Team” that she usually helps while safely and comfortably inside the control room. Now she will be the new drone operator on site with them or essentially lose her job. Being an A-type personality and not a quitter, she starts her training with the team that includes a rigorous physical training session. In a short time she has to learn to jog, run, swim, dive, shoot, and jump out of an airplane. Her focus is keeping a job she loves and not disappointing the team. However, the team leader, Levi, or Ace his code name, has made it clear that he does not want her on his team and is waiting for her to fail the physical endurance training. She intends to prove him wrong! When the team is sent on a mission in Syria, she has to prove herself or die trying!

This is a rapidly paced stand-alone story, although it is the second Go-Team story from the author, Linda Howard. It is a romantic thriller filled with suspense. This reader enjoyed most of the story line about the team but found the side story abrupt and dragging with its plot of revenge. This side story felt out of place and part of a different book entirely. Jina is quite the smart, funny, sassy and gutsy heroine in this story. She is definitely no damsel in distress, although this reader found her annoying at times. Levi is quite the Alpha male, which readers may or may not find appealing The romance part of the story was slow and definitely intense. While not everyone’s cup of tea, this reviewer found The Woman Left Behind to be a satisfying tale.