Till Death Do Us Tart by Ellie Alexander 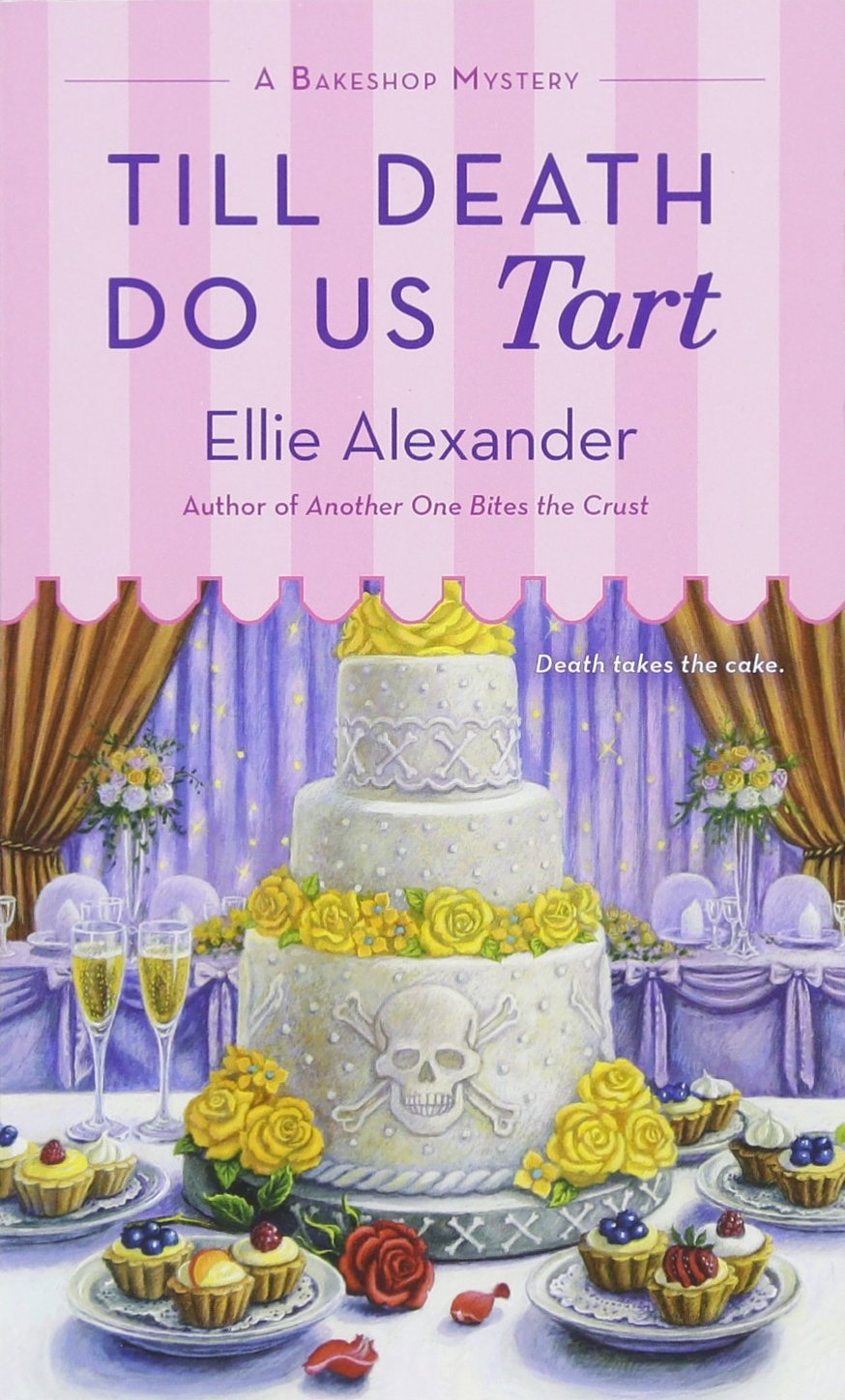 Jules Capshaw’s life is anything other than idle: she is busy managing her bustling bakery, Torte, cooking a ton of treats for her mother’s upcoming secret wedding, and waiting on the arrival of her estranged husband Carlos and his son, Ramiro. The last thing Jules needs in her life are more complications, but that’s exactly what she gets when her good friend Lance’s father is murdered. Lance asks for Jules’ help in solving the murder and Jules can’t say no. Soon she is embroiled in the investigation and, curiously, finds that she may be the next target.

Till Death Do Us Tart is a pleasant and fun tea cozy mystery by author Ellie Alexander. She has created a fun and quaint town in her fictionalized version of Ashland, Oregon. Jules is surrounded by a cast of quirky characters including her assistants at the bakery, the local cop, her husband, and Lance. The most memorable characters in this book were Lance and Carlos, both of whom were written as lively, energetic, and adventurous. Compared to the other characters in the book, Jules herself tends to come off as bland and indecisive. She goes along with everything Lance wants to do despite her own concerns and comes off as surprisingly naïve when she uncovers disturbing information, despite having been involved in investigations before. While the character of Jules doesn’t add anything to the book, she also doesn’t take away anything either and the book is still generally enjoyable to read. Overall, the plot is well-paced and the story line unveils itself logically. A bonus of recipes are also included in the end of the book. In general, this book will be enjoyed by tea cozy fans in need of fun summertime reading.