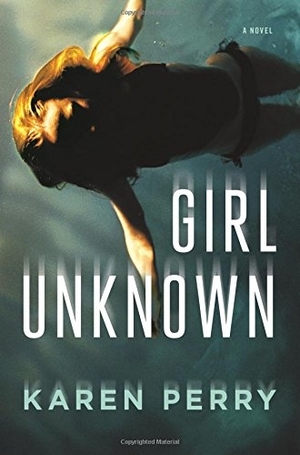 David and Caroline Connolly appear to have mastered the tough times in their marriage being sandwiched between an aging parent, grumpy kids, and hard-fought careers. The marriage even weathered a quick crush by Caroline and a fellow parent. Suddenly David’s mother is dying, and he is up for an academic promotion. The marriage is on firmer ground but innuendos of lack of trust persist on this Dublin family. And then a bombshell drops that no one in the family could imagine – David’s daughter from a former relationship shows up in his classroom. Zoe reminds David of his youth, his carefree days and what could have been if the relationship had not fizzled. Zoe is charming and perhaps a little manipulative as she weaves her way into David’s family.

Perry’s Girl Unknown gives the reader permission to travel down memory lane. The readers grasp the gravity of wondering what could be while dealing with current reality. Perry expertly weaves in detail that give hints that all that appears might not be the truth. The part-mystery, part-dreaming novel is an engrossing read, and although slow at times, readers will want to know where David (and his family) land on an unexpected journey through family dynamics, past and present transgressions and ultimate forgiveness.