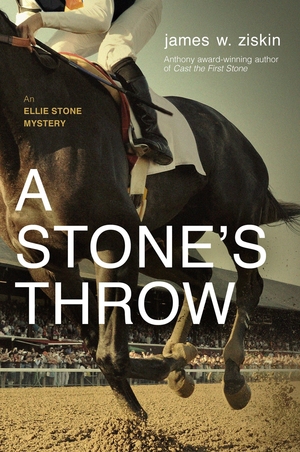 Driving home late one night, Ellie Stone noticed smoke from a burning horse barn on the once honored stables of Tempesta Farms. Being a reporter for the New Holland Republic, she hopes to investigate. This suspicious fire is only one of many fires that have appeared on the neglected land in the last few years. She decides to snap a few pictures of the burning barn while she waits for the local sheriff. As she walks through the ash with him, she discovers two badly scorched bodies. One has a piece of black and orange silk scarf still around his neck and a bullet hole between his eyes.The bullet wound means that this is now a murder investigation and Ellie is eager to investigate. Ellie runs into high society at the race courses where she tries to interview people who may have known a missing jockey, and meets a charming stranger. She also finds herself being followed, but to what end? Through it all, Ellie strives for truth and honor for each of these burned bodies as uncovers betrayal and revenge in the races.

A Stone’s Throw is the sixth novel in the Ellie Stone series. The book’s setting centers on the triangle of Sarasota Springs, New Holland, and Albany in New York. The author gave insightful information into the world of horse racing, thrown races, horse flesh and gambling woes. The story flows easily as his writing is brilliant in this story, fitting the time period over two weeks in August 1962. Ellie Stone, the main character in the story, is appealing for her courage and her smart but sassy personality! She and her best friend, Fadge, are the characters that makes this story memorable! Trigger warnings: there are depictions of prostitution and anti-Semites in the story. This is the first Ellie Stone mystery book that this reviewer has read, but hopefully will not the last!