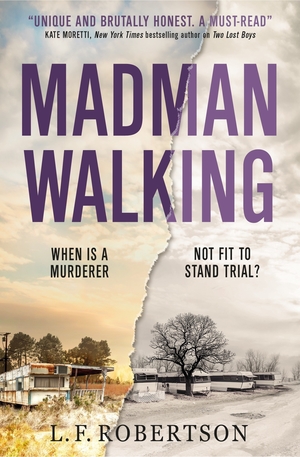 A semi-retired public defense lawyer, Janet Moodie, living in a small town north of San Francisco is contacted by an appeals lawyer, Mike Barry, with whom she had previously worked. Janet reluctantly agrees to help him with a death sentence appeal for an inmate on death row, Howard Henley. Howard has a long history of being uncooperative and behaviors of mental illness with beliefs in multiple conspiracies. At his trial he chose to defend himself refusing any court appointed lawyers and was convicted of murder for hire. As she takes time from her quiet life to work on the appeal, she finds herself immersed in reviewing his case, working with an investigator, interviewing multiple individuals including Howard, learning about prison gangs and uncovering evidence which may prove Howard’s innocence. There is a sense of foreboding as Janet travels to and from home seeking the information she needs from family, the prisoners she interviews and even as she is working in her isolated home. The process of gathering information, creating and submitting the appeal is extended over a significant length of time with the constant pressure of the pending execution date.

The author is a defense lawyer who has an in-depth understanding of this type of appeal process. She apparently has worked exclusively for two decades on death penalty appeals for the California Appellate Project. This experience is clearly reflected in the detail provided in this novel and provides the reader with a significant view into this portion of the legal world. Unfortunately, for those individuals looking for a “legal thriller” and “suspense” as some reviewers have suggested this book possesses, most of the angst, foreboding and suspense is poorly felt by the reader, but can be understood as being present in the main character. While the information and processes are interesting to understand, the book does not engage the reader as deeply as some of the more well known legal thriller authors.