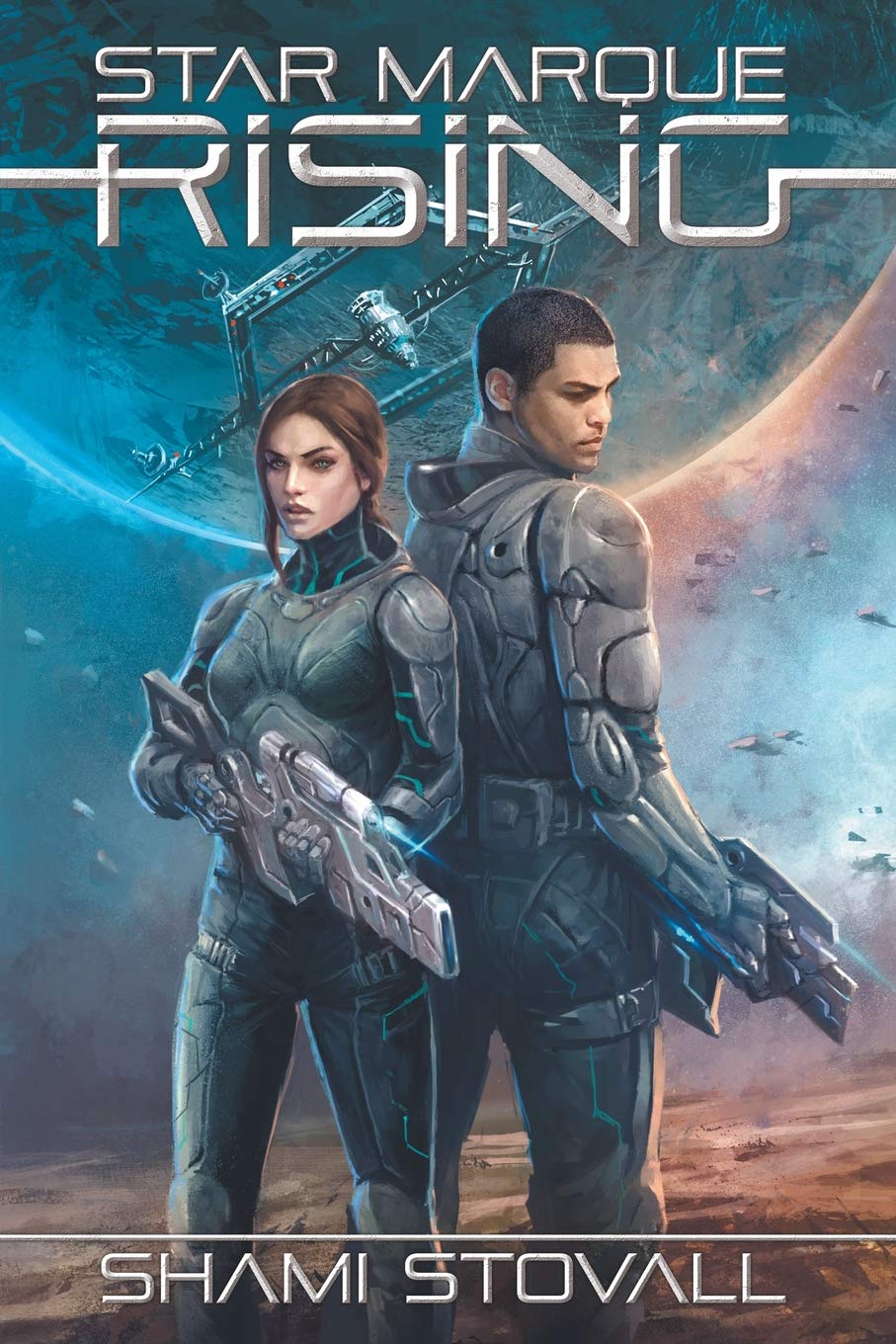 Clevon Demarco has not lived a life of privilege in any way except his genetics. Being modified to be stronger, faster, and smarter than the average person has only helped keep him alive longer than the rest of the regular and subhuman scum that live on Capital Station. But it is that very genetic modification that may be the key to give Endellion Voight, the infamous captain of the Star Marque, her best chance to do the impossible in a galaxy that is ruled by superhumans greater than even Clevon Demarco: become a planetary governor. Drawn in by her offer to help him achieve something greater for himself, Demarco will soon discover what price she is willing to pay to achieve this goal.

Star Marque Rising, by Shami Stovall, would best be described as a novel with a deep and intriguing plot set in a well built, believable universe disguising itself as light and easy to read. The novel perfectly sets up the strained dynamic that would arise between the powerful superhuman Homo Superior and the now second-class average human and how a person with a strong enough desire for power could and would try anything to shatter that status quo. While the novel has more than a few moments of gruesome action and touches on serious topics, even a normally slow reader will find themselves a hundred pages into the story without realizing how quickly it has happened due to the story’s accessibility. The only two shortcomings that the book may have for readers is that the dialogue was at times a little unnatural and that this book doesn’t have, but needs, a sequel. A great read for any who are new to or old fans of the space opera genre and a worthy addition to any with a science fiction library.