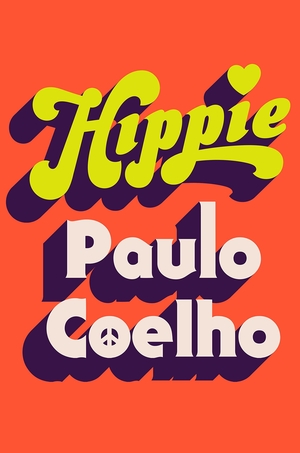 Paulo Coelho, the internationally popular Brazilian writer, has published 18 books to date ― fiction, non-fiction, and occasionally a mix of both. His most popular titles include The Alchemist, Pilgrimage, Adultery, and a novel entitled Spy. Paulo’s writings are always heralded as major publishing events and are widely read, though sometimes with mixed reviews.

Coelho’s Hippie is a story about a group of young people who set out from Amsterdam to Kathmandu during the 1960s counterculture revolution. “No one knew exactly what the word ‘hippie’ meant, and it didn’t much matter,” Paulo tells us. “Perhaps it meant ‘a larger tribe without a leader’ or ‘delinquents who don’t steal’, or… other descriptions.”

They were known for their strange and colorful dress, and a propensity to sing and dance. They sought adventure, free love, good food, drugs (to various degrees), exotic spiritual experiences, and most of all, escape from a materialistic, politically convoluted world, to live a revolutionary new life at odds with their upbringing.

In Amsterdam, Paulo is encouraged by others to join the ‘Magic Bus’ going to the international hippie mecca of Kathmandu. He tells this largely autobiographical story of the trip in a lyrical and alluring style. In Amsterdam he meets Karla, a girl seeking someone to go to Nepal with her, not as a lover but as a companion. And off they go, experiencing life on the road in a variety of ways. Some scenes are captivating and well described. To ex-hippies and others who were around in those days, they ring true.

Part of the enjoyment of the book is Paulo’s philosophical musings. Along the way, he describes Karla pondering her faith and the nature of sin. Addressing one aspect of it, for example, he says “The worst killing is that which kills the joy we get from life.” And “How strange,” he writes while appraising his first temptation to try heroin. “Everyone had a different idea about which side the gate to paradise was to be found on.”

While purchasing his bus ticket, the agent tells him “Those who go to the very end never come back―at least not for a good two or three years…” And “The nickname for Kathmandu,” he said, “is ‘Shangri-la’, the valley of paradise. Once you get used to the altitude, you’re going to find everything you need there. And it’s unlikely you’ll ever want to come live in a city again.”

Late in the book, however, I begin to wonder where this trip of a book is going. As great as Paulo is in revealing what it was like to be a hippie on the road to Kathmandu, the story begins to fall flat. Then, rather suddenly, after several inspirational days in Istanbul learning about Sufism and Whirling Dervishes, Paulo steps away from the bus and simply walks off.

To where? He doesn’t say, but it isn’t Kathmandu. And all the while it’s been the anticipation of discovering the magic of Nepal through his eyes that set the tone and pace luring me on.

Paulo Coelho, I ask you – When will you write about hippies in the wondrous mecca of Kathmandu? Did you ever get there? Will there be a sequel to this story? I need to know more to re-establish a sense of equilibrium after recovering from this strangely unfulfilled ‘hippie trip’.