The Victory Garden by Rhys Bowen 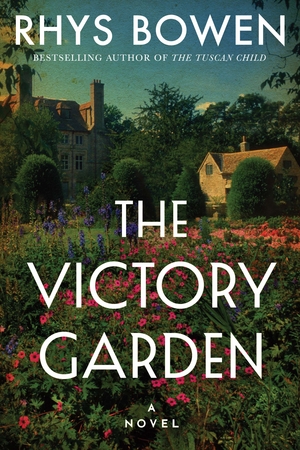 Emily Bryce is a privileged head-strong young twenty year old living with her parents during the years of the Great War. Losing her brother in battle early in the war has left Emily captive with her parents, their grief, and their expectations for her. Since parties are off the list, she spends her days visiting the hospital with her mother while pining to do something more important for the war effort like her friend, who became a nurse’s aid. During one of these visits she becomes smitten with a young Australian pilot named Robbie, and against her Mother’s objections, falls in love with him. After her 21st birthday, she immediately applied at one of the hospitals to become a nurse’s aid but was told they did not need her services. Disappointed, she looked elsewhere and volunteered with the Women’s Land Army signing on the dotted line. She defied her parents and went to work on different people’s farms to help with animals and with their crops. She tried to find farms located near the hospital where Robbie was moved to recover in. Near the end of the war, Robbie is shipped out to fly again and is killed in action and Emily finds herself pregnant. Knowing how disappointed her parents will be with her, she decides to befriend an older woman who’s estate garden they had worked to restore earlier. With this daring move, many lives are changed forever.

This novel is clearly a winner for Rhys Bowen. She has the ability to sweep you away with her captivating writing. Her protagonists in this historical fiction novel are honest and strongly relatable female characters!  She writes a great description of the break down of the British class system and the story of the ‘land girls’ is fascinating, knowing how important they were to the war effort. These women replaced the men who worked on these agriculture jobs that were critical to the survival of the people left behind. This is the third book I have read by Rhys Bowen, and this one is my current favorite!