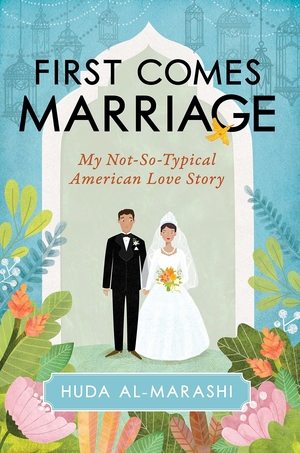 Huda grew up in sunny California, the daughter of Iraqui immigrants. The pressures of religion and family customs were tested on Huda at a young age. She had to dress modestly for her family while she dreamed of wearing clothes like her favorite Hollywood movie stars. At a young age she met Hadi, as he was from a good Muslim family and the whispers and prayers of family members on both sides hoped for a marriage between the two at a later date. Hadi believes that Huda is his first and only love. Huda wants expressions of his love like the actors in the American movies with romance and stolen kisses. But when both families do not allow dates before marriage, Huda feels she has to settle on the man her mother chose for her. Huda had hoped to go to college before she married but her dreams of college vanished when both mothers pushed for a marriage. As Huda and Hadi grow and evolve in their marriage, Huda still finds she is missing ‘something’ in this relationship. Hadi is busy struggling in med school and Huda starts searching for ways to fill her days. Through these struggles, Huda seems to grow stronger in finding out who she really is as a woman.

This is the author’s memoir of her marriage and the expectations she had of marriage based on her knowledge of Muslim customs and her American upbringing. These expectations were incredibly unique. The author did give interesting insight into this culture’s approach to marriage, much of which was unfamiliar to this reader. The conflicting cultures must be a real dilemma for a number of immigrants. However, this reviewer felt some of the issues occurred because of immaturity and an overly imaginative idea of a perfect life. Unfortunately, the second half of the book was a bit more difficult to get through as the author was constantly complaining about her situation. This came across as whiny as her situation did finally turn out well for her.