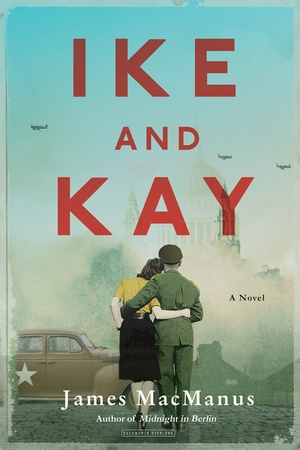 The life of Kay Summersby changed dramatically that fateful day she became a driver for General Dwight D. Eisenhower in London, 1942. Kay worked with The Motor Transport Corps and was assigned to drive the American General around the war-torn areas of London and surrounding areas. Her job involved long days, where she was made to drive and wait for “Ike” as he attended meetings during the day and later, dinners in the evenings. She had earlier been an ambulance driver so Kay was very familiar to most of  the areas around London and could drive the rough roads without street signs with ease and confidence. “Ike” rewarded Kay with a box of chocolates and a romance developed. This story chronicles their love story as Kay rose from being just a driver to becoming his personal aide. Ike makes her promises and gives her promotions. Their romance had been recognized by other powerful leaders and was encouraged to keep Ike sane through WWII. It is an emotionally charged story of love during a tragic time in history.

Ike and Kay, by James MacManus is a historical history and romance novel. The amount of research the author did for this subject was quite impressive. The book is historically accurate for the people, places, and events that took place. This reviewer learned more details about decisions that General Eisenhower had to make in order for the Allies to win the war. This book is told from Kay’s perspective with speculation about their romantic involvement. It is a historical story with a side of romance that is bittersweet but enjoyable to read.