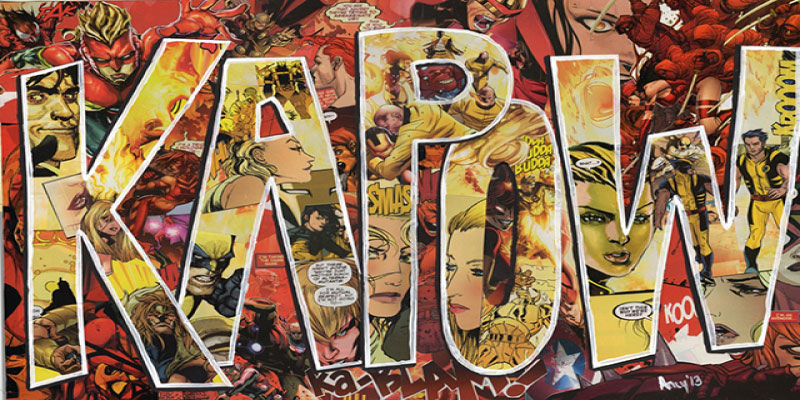 Looking for something cheerfully depraved? Or something hyper-cute and grotesque? Look no further than these killer comics which feature a range of delightfully dark stories that span the absurd, the post-apocalyptic, and the disturbing. Take an adventure with four robots bound together through a kill lock then explore the origins of Stan Sakai’s Usagi Yojimbo, and then follow June Branch as she tries to rescue her boyfriend and escape an island with the help of a cursed Viking axe. 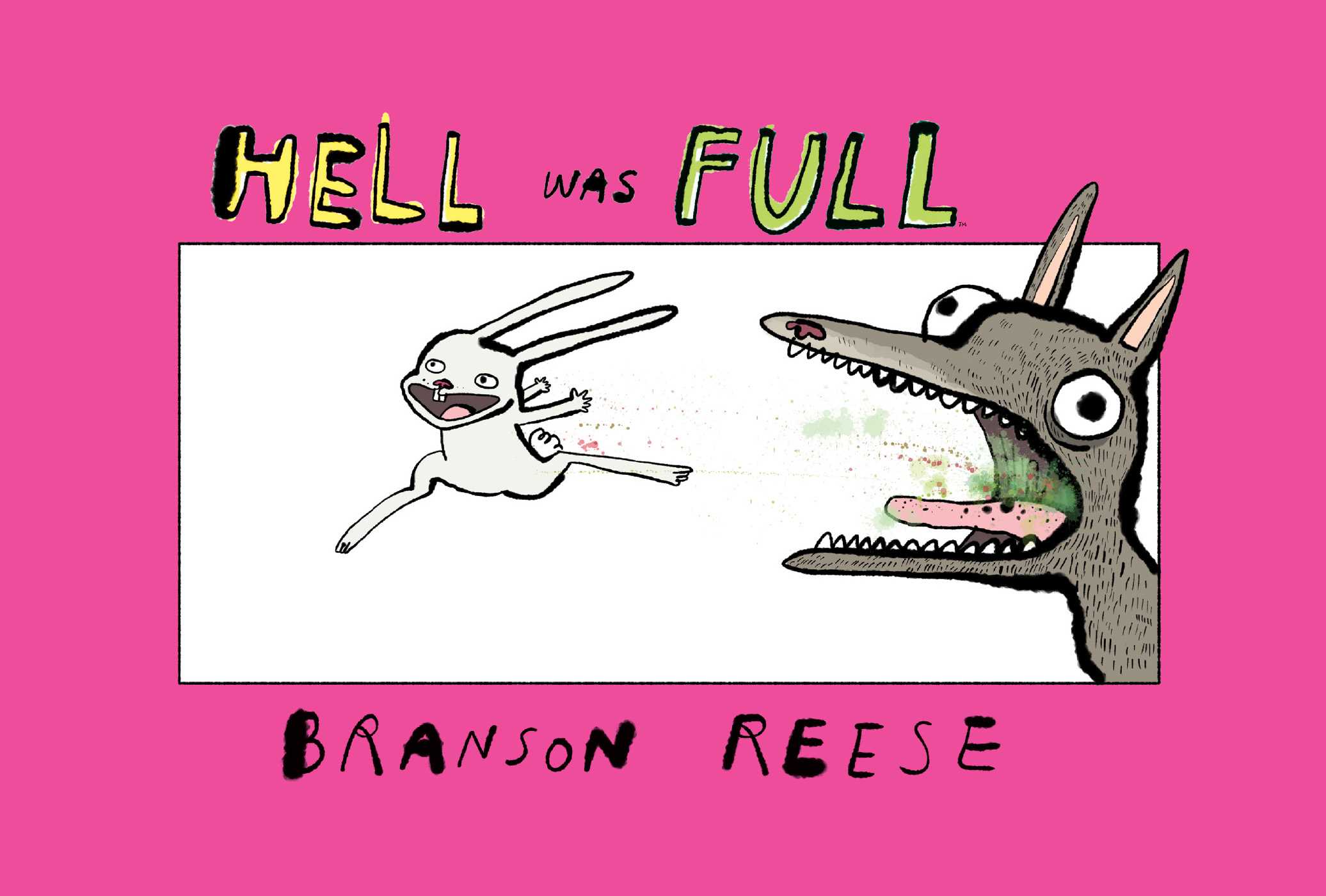 Branson Reese delivers a work that features alt text and has new material that’s delightful and absurd while also being called bitingly satirical, depraved yet cheerful, and eye-scratchingly humorous. This collection features moments that are insane, including God’s fallen head being chewed on by a raccoon, a man having driven a Transformer out of a funeral, and a toaster that turns against its owner. Hell Was Full stems from the webcomic which has been commented on for its bleak style that weaves into the absurdity and creates dadaist cocktails. Everything you love about the webcomic can be found in this collection with a variety of comics that range from a man using his wish to wish the genie dead to absurd characters that include M&Ms and hornets. 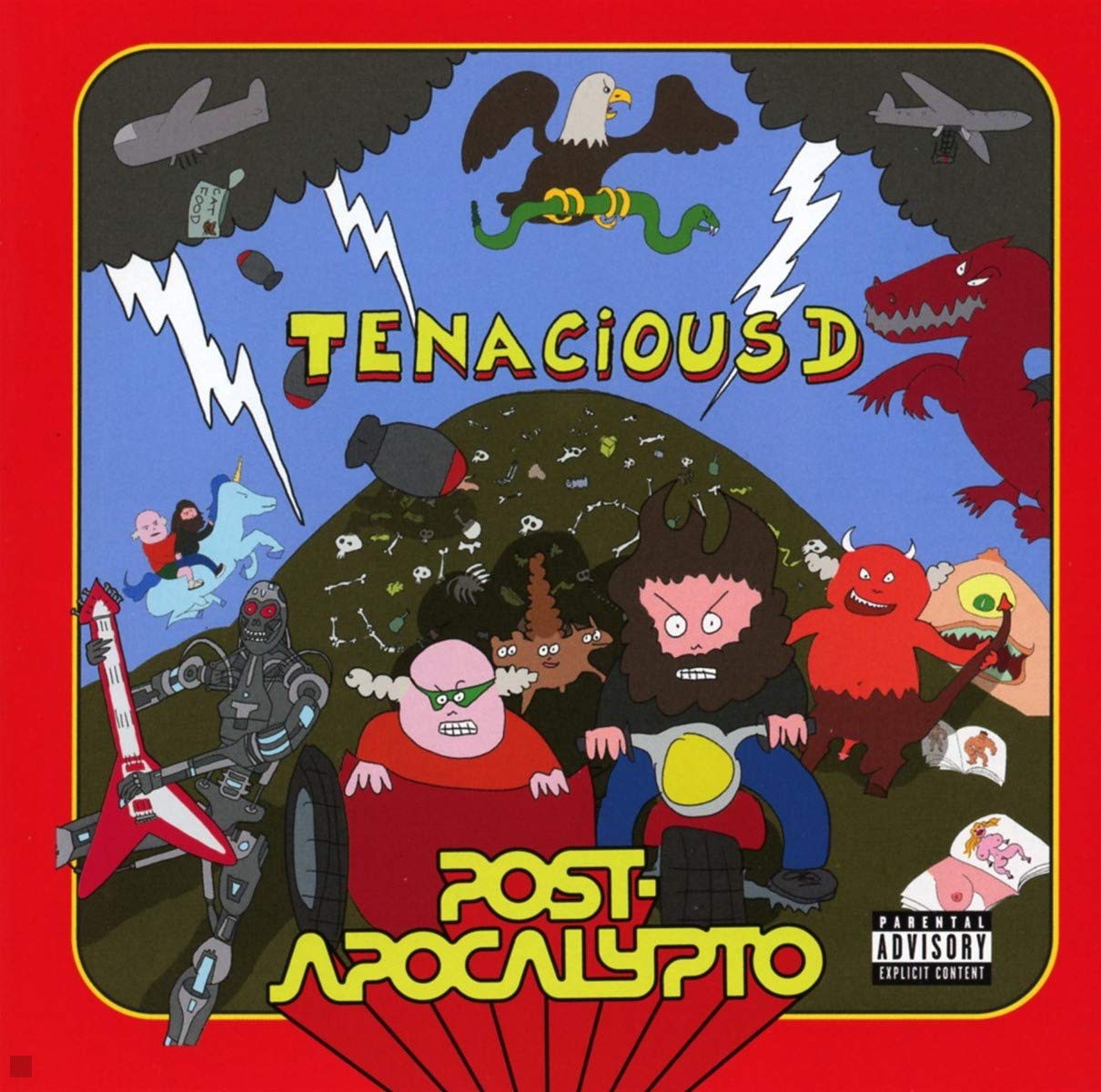 Post-Apocalypto was a film, an album, and a tour. Now the graphic novel has arrived with audio included. Tenacious D (the musical styling of Jack Black and Kyle Gass) have branched out their universe with this new graphic novel. This humorous and genre mash-up stems from the minds of Black as an illustrator and Gass as a writer. The movie is available on YouTube. An atomic bomb drops and now Tenacious D is cast into a world of chaos after they survive the apocalypse in true cinematic style by hiding inside of a 1950s refrigerator. The Tenacious duo quickly learns that a new kind of evil has developed as a side effect of the bomb which can only mean one thing. In order for humanity to survive the brewing evil, this duo will have to save the world. In this crazy tale of post-apocalypse, you’ll follow this duo as they venture to the White House, use a time machine, and even take an adventure into space while working through daddy issues. Post-Apocalypto is described as being hilarious yet political while also being brilliant and multi-faceted with colorful illustrations. 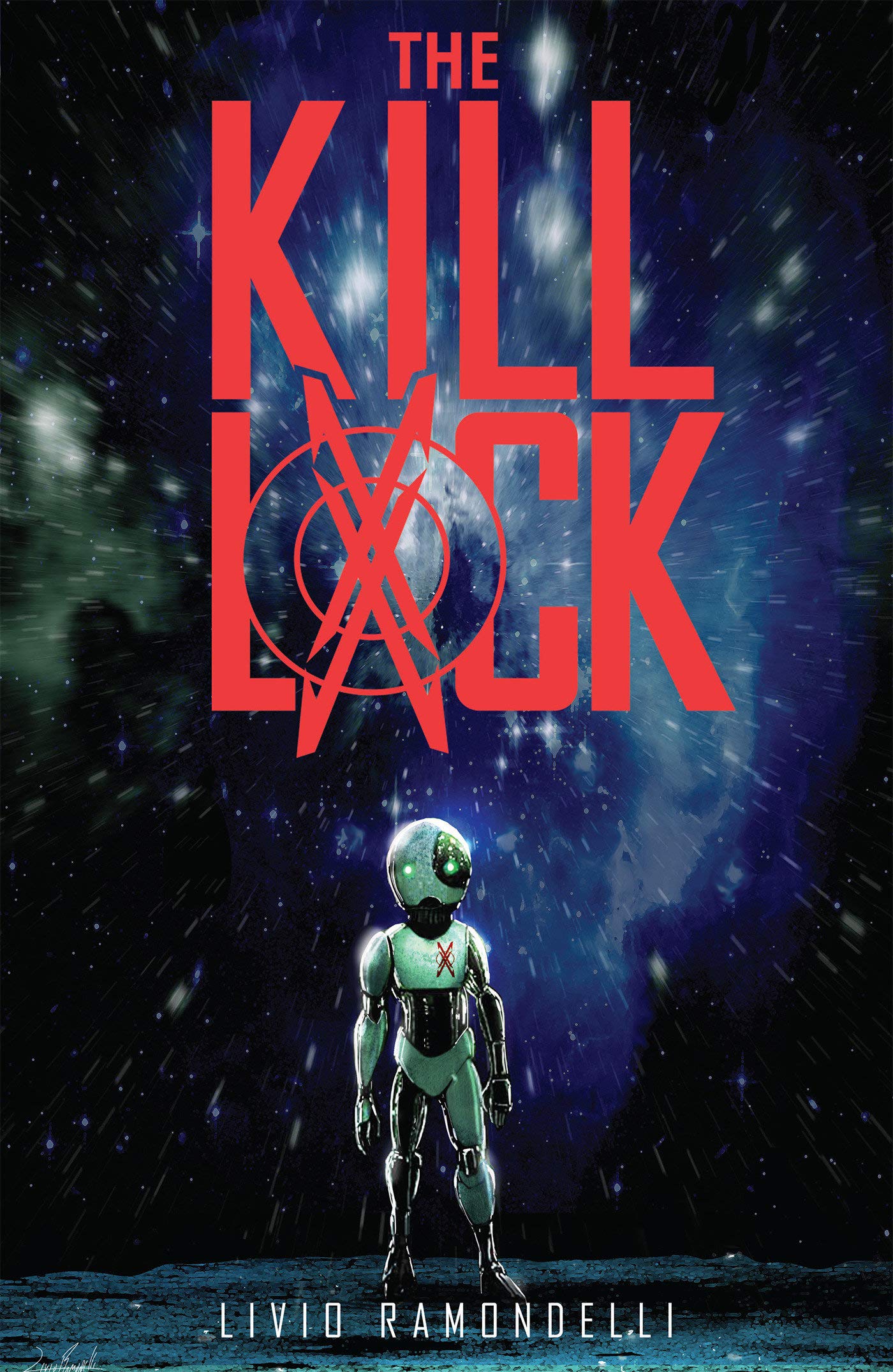 This science-fiction adventure finds these four robots cast away from their homes after committing horrible crimes and are now facing a big problem. They’re bound together through a kill lock that will activate if one of them dies and kill the other three. Their only choice is to rely on each other. The journey bands a soldier, a murderer, an addict, and a child together in a search for a cure that will ensure all of their survival. Only one clue steers them in their search. A bot called the Axial is supposedly the creator of the Lock and the only one that has the answers they need. 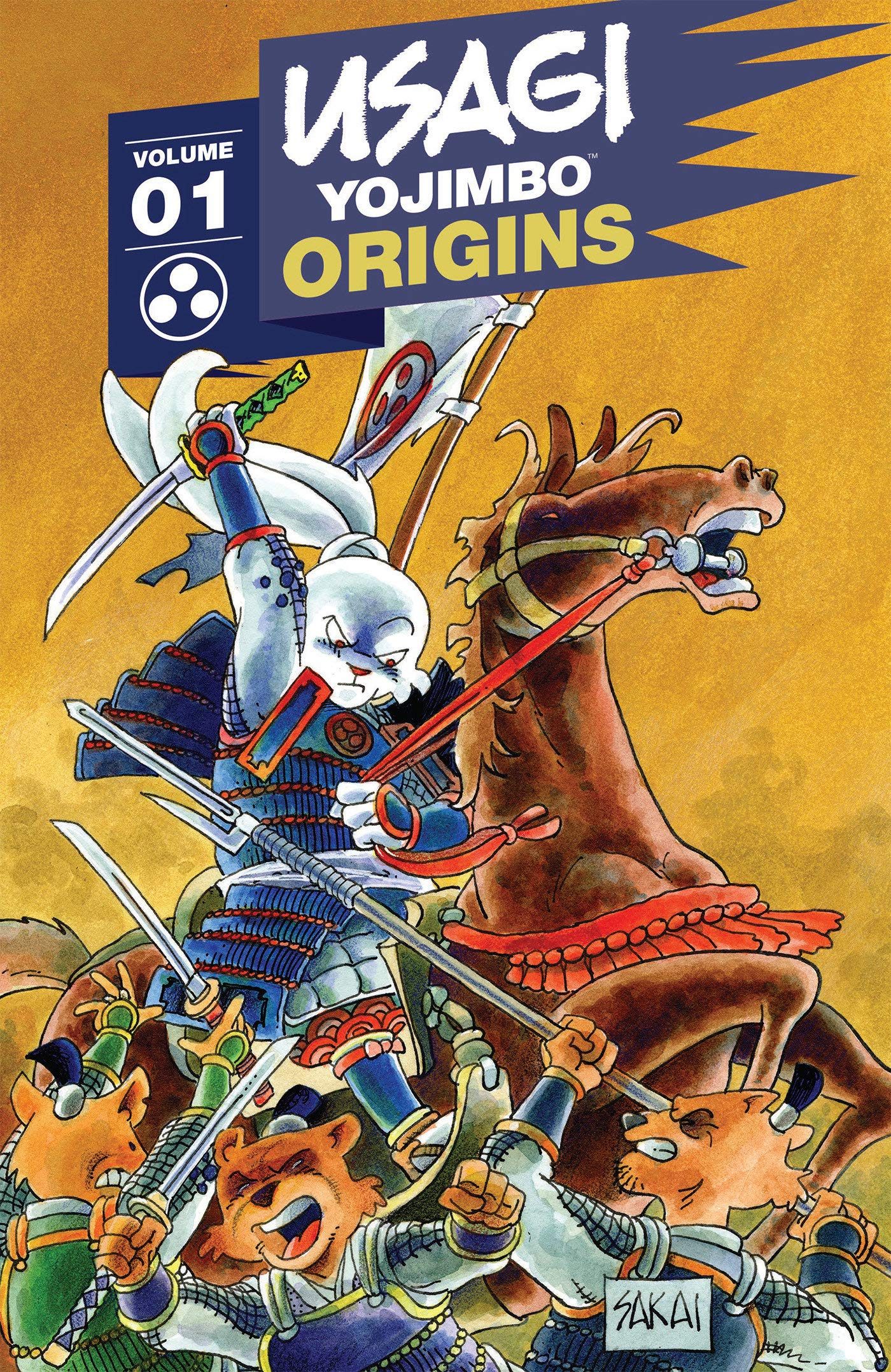 This colorful edition delves back into the beginnings of rabbit ronin Miyamoto’s journey. Usagi started as a student where he trained under the guidance of a mountain hermit called Katsuichi-Sensei. This journey takes place in a time well before he was a samurai without a master. His training under the hermit provides him with the first steps toward becoming a warrior and closer to the battle of Adachigahara. This serves as a catalyst for the incredible tales he is set to venture upon. Discover the origins of Stan Sakai’s fan-favorite character in a story set long before the decades-long epic that fans love. This stunning collection follows the Samurai storyline in an edition that includes full color for the first time since it was released in 1987. This volume includes Blind Swords-Pig, A Quiet Meal, Kappa, and Lone Rabbit and Child. 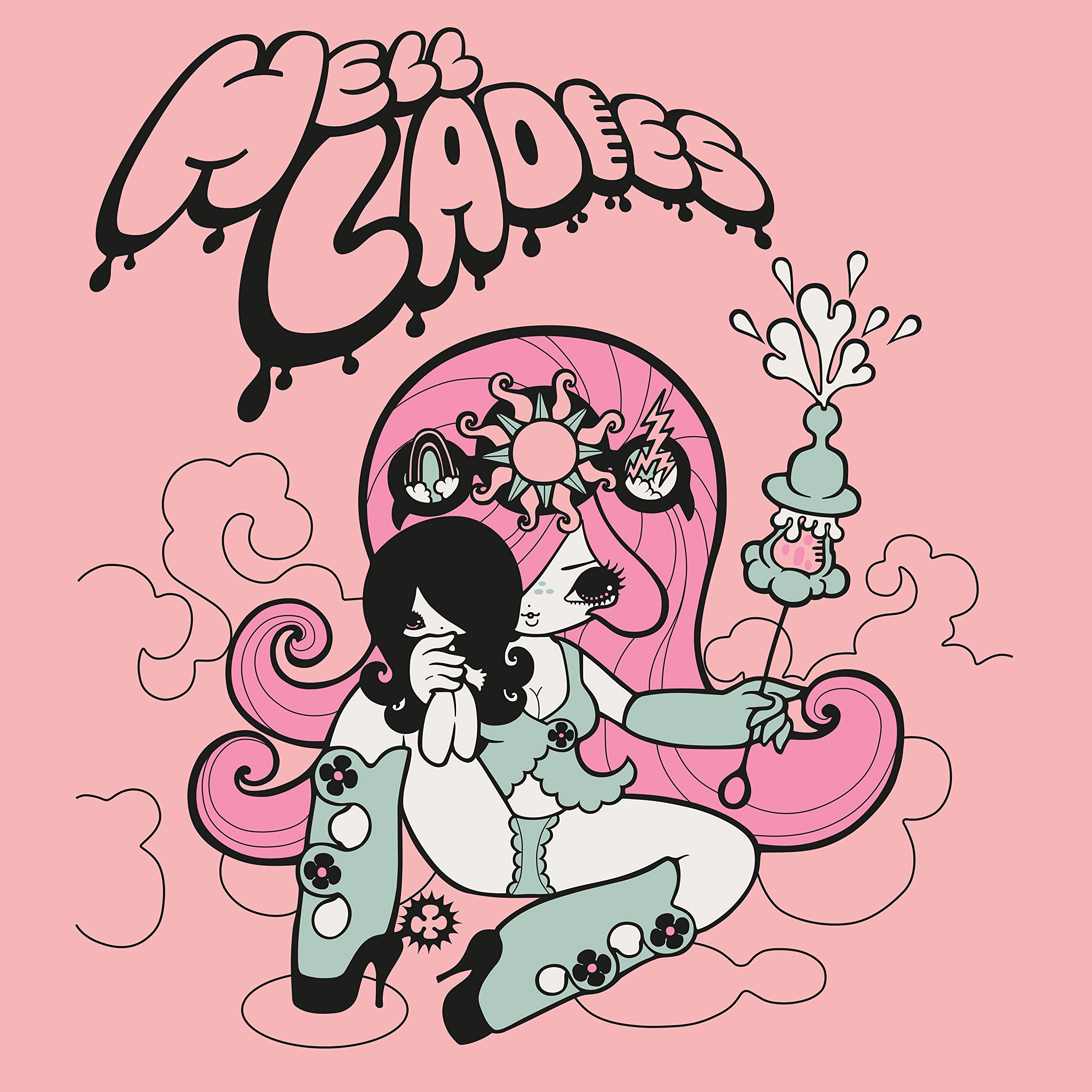 This stunning collection is a compilation of Junko Mizuno’s works from the beginning of her career which highlighted powerful female characters which had a transgressive twist. These characters come to life through this colorful fantasy world that has been a fascination of Japan since she created them. Mizuno’s art has been described as delicious, distinctive, and disturbing. The works in Hell Ladies range from 1998 to 2001 which introduce a variety of manga-inspired girls that wear rattlesnakes and play with butcher knives as well as razor blades. Known for her psychedelic flair, Mizuno’s style mixes sweet and horror with female sexuality which creates a juxtaposition between tones of hyper-cute and grotesque. This is a collection for mature readers. 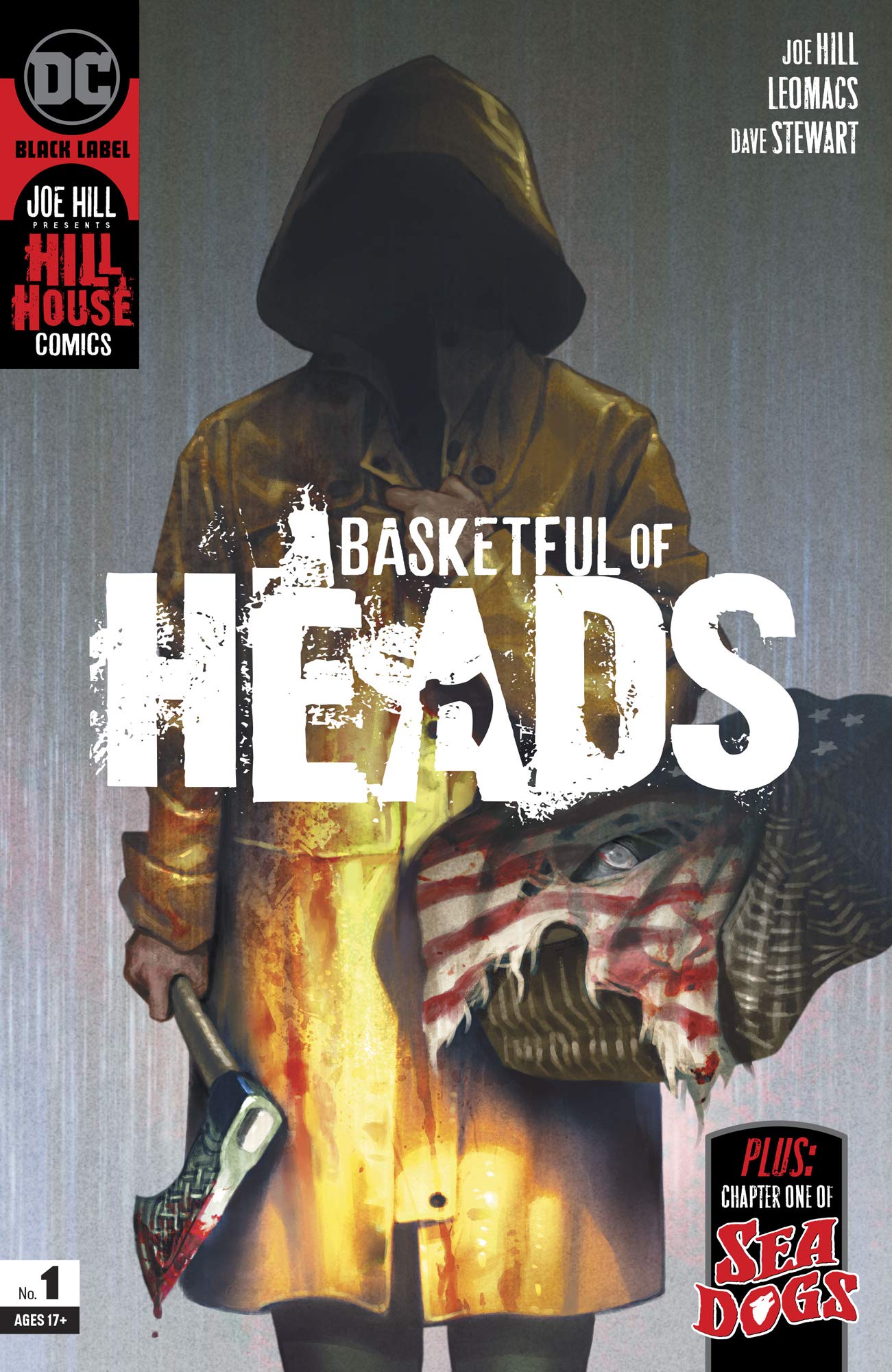 What other choice does June Branch have when she’s trapped on Brody Island, but try to find a way out, no matter the risk. To make matters worse, her boyfriend was kidnapped and she has escaped convicts out for her blood. The only thing June has in her defense is a mysterious Viking axe that comes with the power to behead people while allowing them to continue talking. June’s only option to save herself and rescue her boyfriend is to use the axe’s power while trying to keep herself calm and perhaps even seek help from a basketful of heads. This collection is spine-tingling and features artwork by Leomacs from Lucifer. The entire seven-issue miniseries is featured within Basketful of Heads with special features that include character designs and sketches from behind-the-scenes.