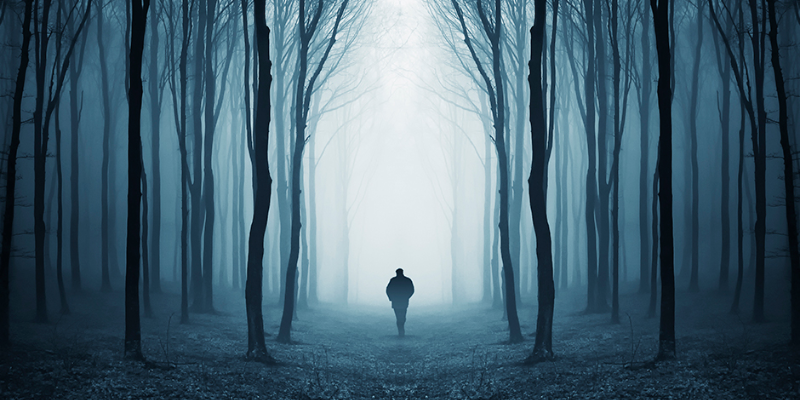 Tense and atmospheric, the five titles included in this roundup are among the best thrillers published in recent months. Each centers on an intriguing mystery and an eclectic bunch of characters with uncertain motives, and they would all make for a gripping summer read. 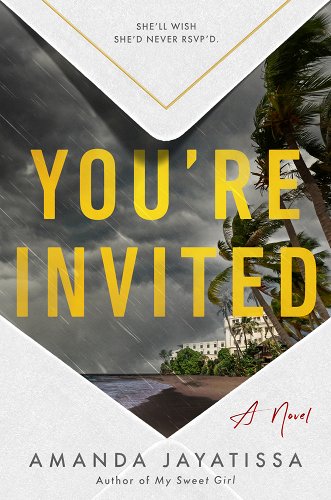 When Amaya hears from her childhood best friend Kaavi out of the blue after a lengthy estrangement, she is surprised and a little apprehensive. However, these feelings quickly turn to dread when she realizes that the contact involves an invitation to Kaavi’s dream wedding in Sri Lanka, a wedding in which Amaya’s ex-boyfriend is due to be the groom. Once she recovers from the shock, Amaya determines that she must do whatever it takes to stop the wedding from happening. It provides far from easy to put her plan into action though, as the start of the week-long wedding celebrations also marks the start of a whispering campaign against Amaya and a growing sense that she might be facing danger. When Kaavi disappears before the big day and all the evidence points to Amaya having killed her, she has to do her best to clear her name while unraveling the copious secrets that the other wedding guests are hiding. Sinister and twisted, Amanda Jayatissa’s You’re Invited is an unsettling meditation on just how horribly wrong love and friendship can go. 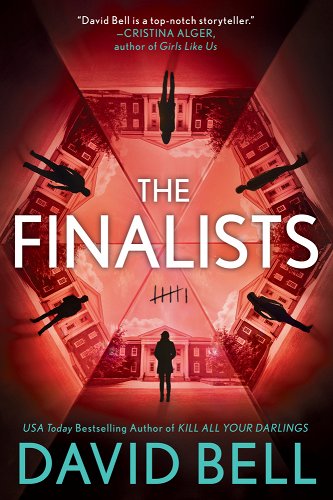 Aside from having difficulty paying for their education, what do six cash-strapped college students have in common? Well, in true teen movie style, they can all be characterized according to a handy stereotype: Milo is the leader, Natalia is the swot, James is the stickler, Sydney is the jock, Duffy is the rogue, and Emily is the woke warrior. What’s more, all six are competing for the prestigious Hyde Fellowship, which involves spending eight hours locked in an ominous old house on the campus grounds with no one but the college administrator and the notoriously spoiled Hyde family heir for company. If they leave before the eight hours are up, they forfeit the opportunity to secure the scholarship. That’s bad enough, but when one of the six is found dead, the others suspect that someone is out to get them. As the group turn on each other, the precarious nature of academic success—for both students and institutions—is laid bare. The Finalists by David Bell is a fast-paced thriller in which nothing and no one can be trusted. 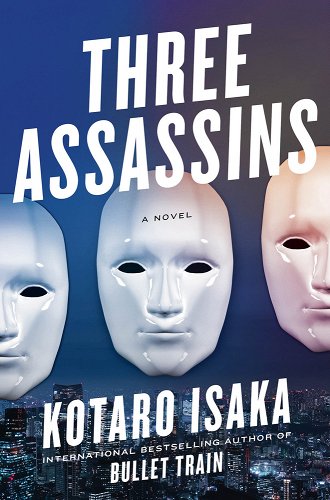 When mild-mannered salaryman Suzuki’s wife is murdered and he discovers that a notorious gang might be responsible for her death, he abandons his mundane life as a teacher and joins the gang in an effort to get close to those who caused his wife’s death and extract a suitable revenge. However, joining the gang turns out to be only the first step on his quest for vengeance, as Suzuki soon finds himself embroiled with a group of three assassins who each have their own strange plans in play: the Whale uses his mighty powers of persuasion to convince victims to kill themselves, the Cicada distracts victims with his never-ending chat before using his considerable knife skills to finish them off, while the mysterious Pusher arranges traffic accidents to kill his victims. If Suzuki is to complete his mission and secure justice for his wife, he is going to have to take on all three and beat them at their own game. Tense and action-packed, Kotaro Isaka’s Three Assassins offers an exploration of just how dangerous and uncertain the quest for vengeance can be. 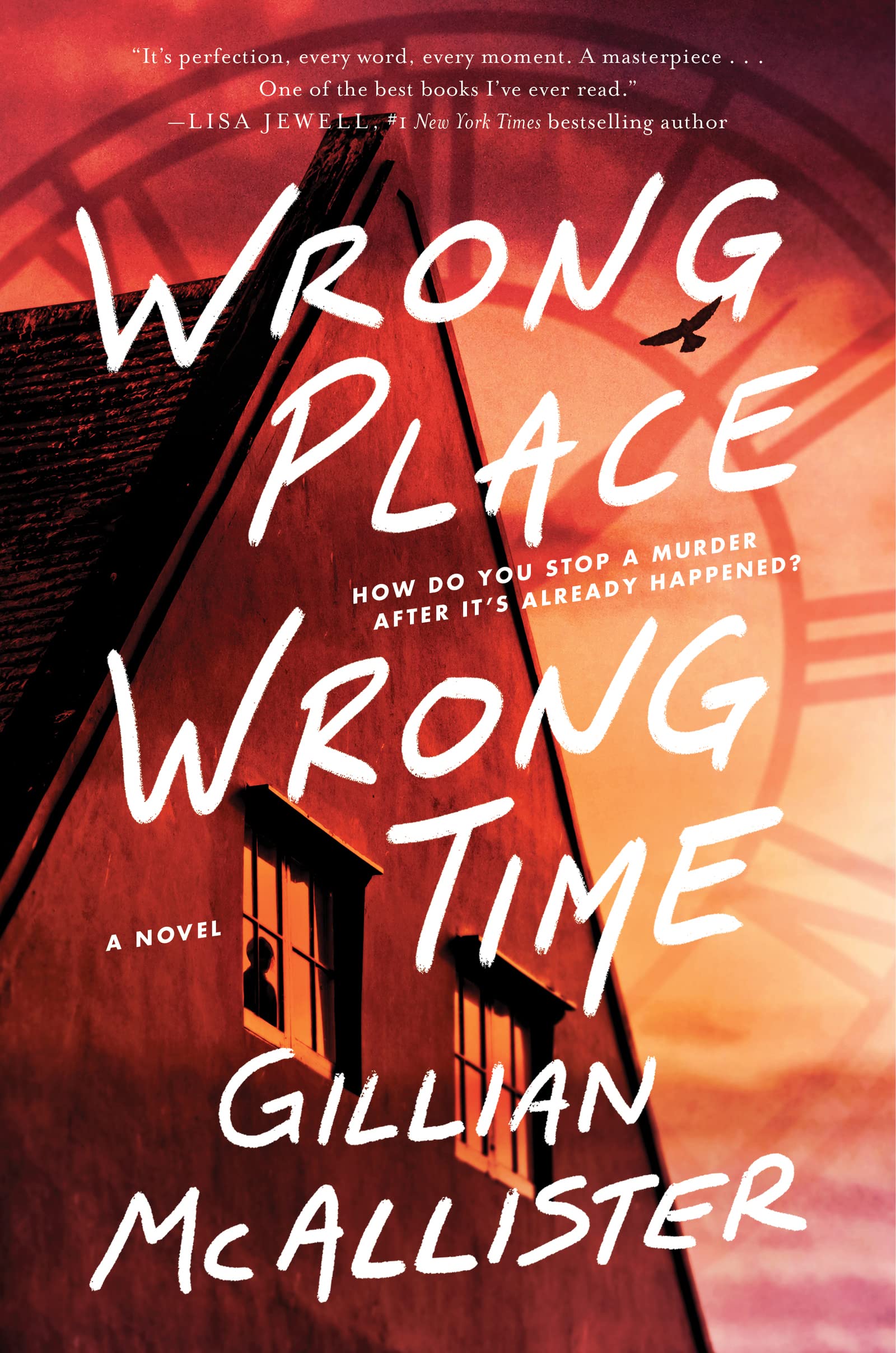 In Wrong Place Wrong Time, Gillian McAllister tackles one of every parent’s worst nightmares: the possibility that their child could be accused of a heinous crime. After Jen’s eighteen-year-old son Todd seemingly murders a complete stranger, her previously well-ordered world is turned upside down. She can’t believe that her fun-loving and charming son could commit such a crime, and she definitely doesn’t know what she could possibly do to help him now. However, things take a decidedly strange turn and Jen begins to see light at the end of the tunnel when she wakes up to find that it is the day before the murder. Subsequently, each night she goes to bed and each day she awakes a day earlier, giving her an increasing amount of time to prevent the murder from happening and so save both Todd and his victim. A thriller centered on time loops and the moral ambiguity of interfering in the lives of others in order to accomplish a personal aim, it offers a suspenseful mystery with intriguing science fiction elements. 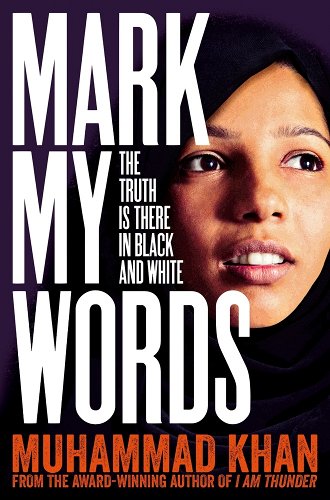 Mark My Words: The Truth Is There in Black and White
by Muhammad Khan
MacMillan Children’s Books, 304 pages, $13.99

Due to her way with words and her fondness for poking her nose into other people’s business, fifteen-year-old Dua Iqbal has set her sights on a career in the cut and thrust world of journalism. When her school merges with a rival institution, Duo seizes the chance to launch a new school newspaper, one that isn’t afraid to break the hard-hitting stories concerning students, teachers, general school matters, and the community at large. Of course, people aren’t keen on having their secrets and controversies exposed in the pages of a student newspaper, meaning that Dua faces some difficult decisions about what she will cover and what is best left unreported. But when some fellow students are falsely accused of dealing drugs and Dua discovers that the real criminal is hiding in plain sight, she decides that a proper journalist has to take risks to break the big stories and do the right thing. Muhammad Khan’s Mark My Words: The Truth Is There in Black and White a compelling story about the power of finding your voice and standing up for what’s right.