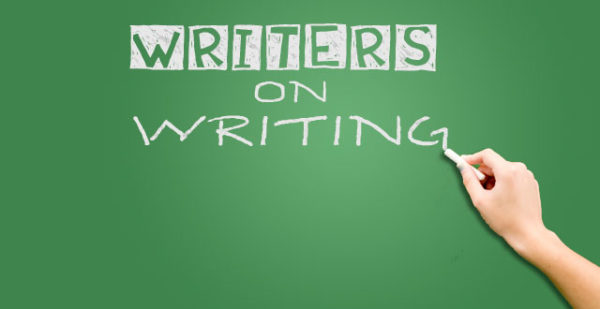 The Great American Novel – What is it, and Who Cares?

Last month, my co-author Glenn Schaeffer and I gave a reading from We Wanted to Be Writers:  Life, Love, and Literature at the Iowa Writers’ Workshop at Book Passage in San Francisco. Reading with us were two of our classmates from the Workshop, Jane Smiley and Jeffrey Abrahams, both of whom are featured in the book. Jane, of course, needs no introduction. She’s the Pulitzer-winning author of numerous novels and works of nonfiction, including A Thousand Acres, The Greenlanders, 13 Ways of Looking at the Novel, and most recently, Private Life. Jeffrey’s a poet, when he’s not writing advertising and marketing copy.

Before we read, I did the intros, and concluded with a bit about me, mentioning that after Iowa, I started writing magazine articles to pay the rent while I wrote my Great American Novel (GAN), which I figured to wrap up in a year or two, at which point it would be picked up by a big New York publisher and be a best seller (I know, I know, but I wasn’t much more than a kid at the time) and be optioned for film. I then admitted that I never finished that first attempt at a GAN, but as always I was still plugging away at a couple new novels, neither of them even remotely of the Great American variety.

As often happens when one tries to be clever, one gets called on it, and thus during the Q&A after the reading, a young man in the audience asked what our picks were for the Great American Novel. Glenn leaped in to answer first, as is his wont: The Great Gatsby, he said without hesitation, plus Moby Dick, The Adventures of Huckleberry Finn, and Lolita. Jane said she didn’t believe in the notion of the Great American Novel. “America is too diverse to be represented by a single narrative,” she said. Jeffrey, being a poet, demurred. And I answered that there’d been a time when I firmly believed that Catch-22 was the Great American Novel, but after I tried to reread it recently, I decided it wasn’t (as for why, perhaps that’s for another post), and then I confessed that in truth, I really had no idea what I was talking about when I mentioned the Great American Novel, and I rather wished I’d kept my mouth shut on the topic.

I bring this up because I suspect that if there was ever a time we needed a new Great American Novel, or at least someone to take a stab at one, it’s now.

So what is the Great American Novel, anyway? And why now?

The idea of the GAN first gained currency in the years after the Civil War, as part of an attempt at national reconciliation, mirroring in the cultural sphere what was going on in the political: at last we were one nation, and so now we needed a literature that reflected that fact.

By then, Herman Melville had already published (in 1851) what came to be viewed as the prototypical GAN, and thus it set the parameters for future attempts, for better or worse: long; with a sprawling plot; a lot of characters, I mean a lot of them, reflecting the diversity of America at the time; with the literary equivalent of a big white whale, if not a literal one, a quest, that is, across a varied American landscape, or an ocean as the case may be. It probably doesn’t hurt for a GAN to also have a character or two in prominent positions of authority who are patently insane, a la Captain Ahab. And of course, by these early standards, a GAN would be written by a guy.

These are pretty tough standards, and no wonder that many of those who’ve tried since to define the American experience by stuffing everything into one novel have often come to “some version of grief,” as Malcolm Jones put it, and rather mildly at that, in a review of Ralph Ellison’s unfinished try at a GAN, published posthumously.  (“Is the Great American Novel Destroying Novelists?” http://www.thedailybeast.com/newsweek/2010/02/04/is-the-great-american-novel-destroying-novelists.print.html.

And by these standards, I’d have to say that Gatsby doesn’t make the cut. It’s a great novel, sure, but it’s too short, with a plot that’s too tight, to be considered for status as a GAN. The same with Lolita. And Gatsby and Lolita are both rather narrowly focused on small segments of the American society and landscape. Sorry, Glenn. As for one of the more recent candidates for the GAN, Infinite Jest, it’s certainly sprawling, and then some, with dozens of diverse characters in a rich and varied American landscape, but frankly, I don’t think a novel can have so many characters playing tennis and still be considered for status as a GAN. Ishmael didn’t play tennis, after all.

I say that we need a GAN now more than ever before because I think we’re seeing an extreme fracturing of the idea of America in the likes of Newt and Mitt and Dr. Ron and the two Ricks (Santorum, and Perry before he dropped out), who are using every strategy outlined in the Demagogues’ Handbook to foment among potential voters fear of the not-really-quite-American Other, that is anyone who’s not white, hetero, born-again, and well-off, so they’ll vote for them, even voters who aren’t, themselves, white, hetero, born-again, or well-off.

Against this sorry backdrop of lies, bigotry, and mean-spiritedness, wouldn’t a readable, compelling narrative that captures the grandness, diversity, tragedy, and comedy of our national story be a nice change of pace, a way of perhaps taking the narrative back for the people and not just for the one-percenters? Of course, it’s taken as a matter of faith among the lit crits, in this country at least, that any time an ambitious writer tries to take on political or cultural issues in fiction, rather than the usual tales of middle-class family discord and marital dysfunction, with a little tennis thrown in for good measure, the result will stink. And often the result does.

Yet plenty of American authors in years past have pulled it off, too. Huck Finn and Moby Dick, of course, come to mind. As does Walt Whitman’s Leaves of Grass, though technically speaking that would be the Great American Poem. Wikipedia has a long list of suggested Great American Novels, and includes plenty of credible GANs, such as Ralph Ellison’s Invisible Man and William Faulkner’s Absalom, Absalom. The list also includes some titles that puzzle me, such as Cormac McCarthy’s Blood Meridian. Really? For my money, I think a GAN should be written in at least somewhat clear English prose with a plot that at least makes a vague sort of sense.

The Wikipedia list ends in 1997 for some reason, with Thomas Pynchon’s Mason & Dixon. For this new century, I’d suggest we start with Michael Chabon’s The Amazing Adventures of Kavalier and Clay (2000). But surely there have been more since. I’d also add a couple to the 20th century list, John Irving’s Cider House Rules (1985) and Jane Smiley’s A Thousand Acres (1991). Sorry, Jane.

You’ll see that all of the titles on Wikipedia’s list are by white males, but for Ellison’s Invisible Man and Harper Lee’s To Kill a Mockingbird. I have lots of faith in the power of the imagination buoyed by research, if not personal experience, so it’s not inconceivable that a white male or two might pull off yet another GAN in the coming years, capturing the American story in all its chaotic diversity, but my money’s on someone who isn’t white, male, or necessarily all that hetero.

But don’t expect the next GAN to be published by one of the big NY publishers. Such is the state of mainstream publishing these days that it’s likely that the next GAN will be published by a small indie press with no ad budget and minimal distribution, unless, of course, the novel includes a lot of zombies and vampires.

Eric Olsen is a journalist and graduate of the Iowa Writers’ Workshop. Olsen directed the U.S. branch of the International Institute of Modern Letters and created the first American City of Asylum, which provided a safe haven for persecuted writers. He was also an executive editor at Time Inc. Health, a Time Warner company. This is his sixth book. http://wewantedtobewriters.com

Leave a Reply to dick cummins class of '70 Cancel reply