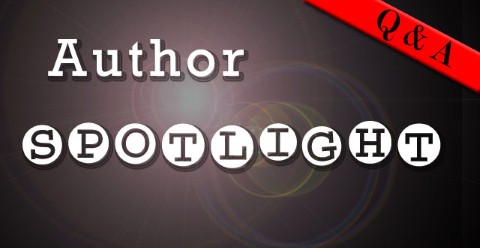 PBR: What made you both decide to collaborate on a Tween book?

Ami: My dad’s editor asked him to write a tween book and he was unsure about the idea. He told me and I thought about it and came up with a concept. He liked it and asked if I would work on it with him.
Phillip: An editor at HarperCollins children’s division was a fan and she asked my adult editor if I might be interested in writing a book for young adults. I wasn’t certain I wanted to do this because I was nervous about writing in a new genre. I mentioned the request to Ami and she said we should work on the book together and model the main character after Amanda Jaffe, who stars in four of my adult thrillers. I thought it would be great to work with my daughter on a book project so I accepted. I ended up having the most fun I’ve ever had writing a book.

PBR: What was the biggest challenge in writing this book together?

Ami: When we first set out to write Vanishing Acts, I think my dad thought that we would actually physically write together – in the same room, at one computer. We tried to write the outline this way, with my dad sitting at his computer typing slowly with two fingers, unwilling to let me type. After about 5 minutes, and 6 words typed, the options became clear: abandon the project all together, or work “together” in separate rooms. Luckily we decided on the latter. So, I wrote the first draft, emailed it to him, he wrote the second draft and so on. We did meet and discuss changes when we got notes back from our editor, but for most of the writing we could very well have lived in different countries.
Phillip: The process I used to write Vanishing Acts was identical in many ways to the way I write my adult thrillers. The big difference was that I didn’t have to do everything myself. Ami and I brainstormed the idea for the plot and developed the characters. Once we had our ending, Ami wrote a draft of an outline. I edited the outline. We discussed the outline and I crafted a final draft. Then Ami wrote the first five chapters, which I edited and sent back to her for comments. We went back and forth like this until the book was finished.

PBR: How was writing a tween mystery and working with your daughter different from writing your usual work?

Phillip: One big difference between doing a middle grade book for eight to twelve year olds and an adult thriller is that the kids have to do everything without adult assistance and the heroine – Madison – has to be in every scene. Also, of course, there’s no sex and any violence can’t be graphic.

PBR:This was your debut tween novel, right? How was the writing process for you and then working with your father too?

Ami: I have heard my father give his “how to write a novel” speech enough times that I used a similar process to his. We approached my working with him as a way for him to teach me how to write a novel. It was a fantastic opportunity to learn from a 16 times New York Times bestselling author. I wrote the first drafts and then he edited them so I was able to see what and why he changed things.

PBR: Madison Kincaid is a unique character for a twelve year old girl. How did you create her? Was she based on someone you knew or did she evolve as the story unfolded?

Ami: In my dad’s adult books there is a father-daughter criminal defense team, Amanda and Frank Jaffe. Because these characters appear in many of my father’s books, he had a good back story already created for them. Amanda’s mother died when she was very young and Frank, a workaholic criminal defense attorney, raised Amanda. I came up with a concept for the Jaffe Junior Mysteries: the books would be set when Amanda was in high school and show what it was like to grow up as Amanda Jaffe. The editors in New York loved the concept, but there was one catch – Amanda is in her early 40s now, so she would be in high school in the 1980s, before cell phones and the internet. The editors were concerned that young readers would not read a book set in the 1980s, so we created Madison and Hamilton Kincaid. Madison and Hamilton are very similar to Amanda and Frank, the only real difference is Madison is in 7th grade now, not in the 1980s, she has a cell phone and uses the internet, and Madison plays soccer where Amanda was a champion swimmer.
Phillip: Originally, Madison was going to be Amanda Jaffe as a teenager but our editor pointed out that Amanda would have been in school when there was no internet, Smart phones, Facebook, etc., so kids would have a hard time relating. In my adult books, Amanda practices criminal law with her father, Frank, who raised her as a single parent when her mom died. We made Madison into the 12 year old daughter of Hamilton Kincaid, a single parent, workaholic criminal defense attorney. So we just changed the names and put the characters in the present.

PBR:Did you know how the story would turn out before you began to write?

Ami: In my dad’s writing “formula” you always know the end before you start writing, so yes. In a mystery you need to know how it will end or you can’t set out the clues.
Phillip: I always know how a story will end before I will write a word because I think the ending is the most important part of any novel. Ami and I had a general idea of our ending before we wrote the outline.

PBR: Were you a soccer player in school or did you have to research the movements and terminologies to capture it so well in the book?

Ami: We have gotten a lot of compliments on our soccer scenes but we can’t take any credit for that. One of my best friends, Ashley Berman, was a star soccer player in Oregon, and played professional soccer. She helped us create dynamic, accurate and exciting soccer scenes. Often some of the words you read in a book are largely shaped by someone other than the author, such as the editor, subject matter experts, friends and family. I really believe writing is a collaborative process.

PBR: Reading about Portland landmarks was a truly fun added benefit to reading Vanishing Acts. Was the neighborhood in SW Portland one you grew up in?

Ami: When I was growing up, Portland was, as my mom described it “a small town that thinks it’s a big city.” Back then, Portland had few good restaurants or cultural options, and was thought of as Seattle’s less exciting, little sibling. Even though Portland is now a “foodies” paradise, the subject of shows like Portlandia and a place that east coasters dream of moving to, it is still a fun, comfortable small town to me. I was born here and moved away for ten years (college, Peace Corps, grad school and my first job) but always missed my true home town. I love everything about Portland, new and old. It was very fun writing about the city, and I think it would be hard to write a book taking place anywhere else. And yes, there was a lot of pressure. Not just because we love Portland but most Portlanders love Portland as well. If we misrepresented parts of the city I am sure we would upset some of our readers. We also thought it would be fun for local children to enjoy reading about their city. Perhaps one day they will offer Madison tours around Portland similar to Girl with the Dragoon Tattoo tours in Sweden!
Phillip: Ami grew up in Portland but I grew up in Manhattan and Long Island, New York. But I love Portland and set my adult thrillers in Portland.

PBR:Is there going to be a sequel to Vanishing Acts with Madison and the gang?

Ami: We have written a sequel and it is with our agent. We hope our readers will want to follow Madison and her friends on their next mystery.
Phillip: Ami and I are working on a sequel to Vanishing Acts.

PBR:What was the best part about the writing process in Vanishing Acts?

Ami: For me it was working with and learning from my father. I got the chance to get a master class from a New York Times bestselling author, work on a project with my dad and get to see my book published!
Phillip: The best part of the writing process for me was working with Ami. I always enjoy doing anything with Ami and her brother Daniel and the main reason I wrote the book was the chance it gave me to work with Ami.