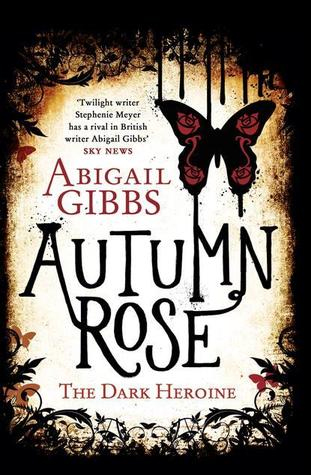 The second book in The Dark Heroine series, Autumn Rose focuses on the first Heroine, and the awakening of her abilities. Fifteen-year-old Autumn is the only Sage at her small school, and she likes it that way. Unfortunately her quiet world gets shaken up in a big way when the youngest prince enrolls in the same school. Thrust back into her proper place in the Sage court, Autumn finds herself on the front line as the conflict with the Extermino mounts.

Taking place in a parallel universe from the story in the first book, Autumn Rose introduces the first Heroine, whose job it is to find the rest of the nine. Unfortunately Autumn is a fairly uninteresting character with confusing motives. The chemistry between Autumn and Prince Fallon is lackluster from Autumn’s point of view, making the relationship appear forced. The final segment of the book is written in short, choppy chapters that are jarring and feel more like an outline for a separate book. It is also at the end that the characters from the first book in the series are introduced in a rather unsympathetic way.

Fans of magic and parallel worlds may find this series interesting, although the murky character motivations and slow-moving plot may keep others away.