Fear Nothing: A Detective D.D. Warren Novel by Lisa Gardner 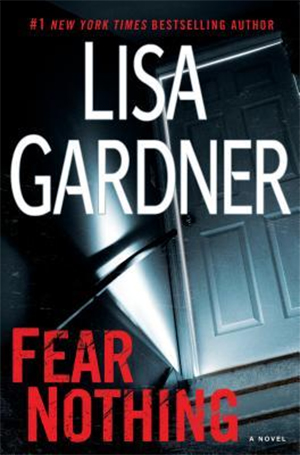 Dr. Adeline Glen cannot feel pain due to a genetic condition. She must live carefully and simply to avoid any injury that she would be unlikely to detect. Yet she chose to build her practice around treating patients who suffer chronic pain. Detective D.D. Warren has been her patient since suffering an injury while at the scene of a murder.

Lisa Gardner has masterfully written a tale of two sisters, one a respected Psychiatrist, the other a murderer serving life in prison, and the detectives who are investigating a string of murders. She draws the reader into the lives of these interesting and troubled people and weaves their stories into a complex and fascinating tapestry.

While following the tangled threads of the mystery, D.D., who was put on medical leave but can’t let go of the investigation, must deal with multiple suspects, additional murders, and her own overwhelmingly painful injury. Meanwhile, Adeline is quietly trying to deal with her feelings about her late father, who was a notorious serial killer and died when Adeline was a baby, and her deeply disturbed sister.

Intelligent plot and crackling suspense, as well as wonderfully developed characters make this book hard to put down.