What Do Women Want? by Daniel Bergner 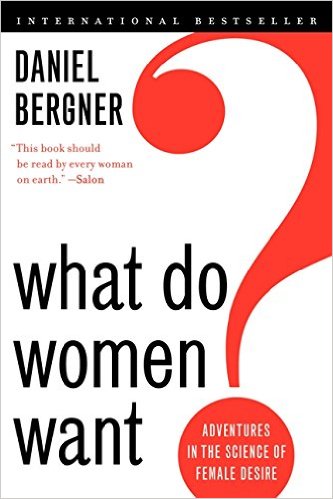 The front cover of What do Women Want claims that “this book should be read by every woman”; yet it could’ve claimed that this book should be read by everyone sexually active. This small trade paperback volume by Daniel Bergner is all about female sex and female sexual activities. A professional writer, Bergner’s writing is excellent, easy to read even though his discussion is predominantly scientific. His work is based on extensive interviews and numerous experiments by researchers in sexology, particularly with four specific researchers. Bergner describes scores of case studies that make this volume interesting and educational reading material. Fascinating experiments included observations made of female subjects as they watched various pornographies (based on readings by an instrument called a plethysmograph).

“The women’s desire — its inherent range and innate power — is an underestimated and constrained force, even in our times…”