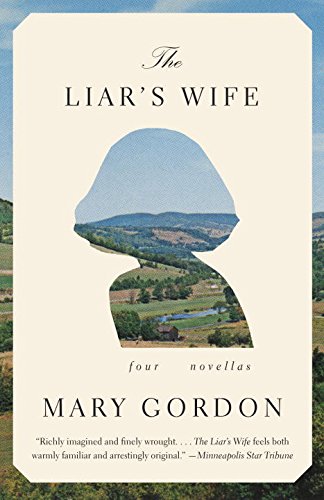 In each of four novellas, Gordon presents a character looking back on their choices and facing the implications. In The Liar’s Wife, a woman is confronted by a husband she deserted fifty years earlier. Her recollection of their brash life together and the lies that tore them apart clash with her comfortable middle-class existence. In Simone Weil in New York a young mother bumps into Simone Weil on the streets of New York City during WWII. Faced with a teacher she once admired and now loathes, the young woman dances through her conflicting emotions. World War II plays a role in Thomas Mann in Gary, Indiana, when a teenage boy is asked to introduce the famous author during a 1939 high school visit at which Mann speaks against the Nazi regime. Told from the perspective of a much older self, the narrator recalls, “I’d like to say that my life was changed from that day forward”, but goes on to say, “I was still the midwestern boy who hoped that war could be avoided, hoped for that above all.” In the final story, Fine Arts, a young art history student escapes to Italy after a failed affair with her professor. In this coming of age story, the young woman finds art, develops a lasting friendship, and questions her life goals.

“I’d like to say that my life was changed from that day forward. I was still the midwestern boy who hoped that war could be avoided, hoped for that above all.”

Despite a love for short-form fiction, this reviewer was disappointed in this collection. All four novellas lacked a strong story arc and showed no growth in character. Instead, the pacing plodded along and the resolution left one wanting.