It Can Get Obsessive by Arleen Williams

It Can Get Obsessive

“What are you working on?” he asks.

It’s a common question between writers. It’s a dreaded question when this writer is between book projects, and the question comes from an admired author, mentor, and friend.

Jack Remick and I ran into each other at a Seattle bookstore. The reading was about to begin so I didn’t have to come up with an answer on the spot. But the question got me thinking.

Let me back up. I began writing in 2002 when I enrolled in a year-long memoir course offered through the University of Washington Extension and taught by Jack Remick and Robert Ray. I was in my late forties. 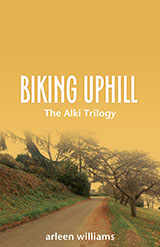 In 2008 my first memoir, The Thirty-Ninth Victim, was published. Booktrope Editions published Running Secrets on New Year’s Eve 2013, Biking Uphill in May 2014, and Walking Home is scheduled for release in March 2015. Later this year The Thirty-Ninth Victim will be re-released along with a companion memoir titled Moving Mom. In addition, fellow writer and friend, Pamela Hobart Carter, and I have written a dozen short books in easy English for adults and launched No Talking Dogs Press. These past thirteen years have been creative, productive, and insanely busy.

Right now, for me “What are you working on?” means, “What’s next?” A writer always needs to be thinking about the next project. I don’t want to get so focused on publishing and marketing that I lose sight of the writing. I don’t want the creative juices to evaporate, the muse to take a nap, the collective conscious to forget me.

I once read that Isabelle Allende starts a new novel on exactly the same day each year. Some writers claim to work out the entire book in their heads before putting a pen to paper while others develop detailed charts and graphs, character descriptions and timelines. Still others have special pens, notebooks, keyboards, chairs, music (you get the idea) they simply cannot write without.

I don’t do any of those things. I do, however, have endless conversations with myself:

“Maybe I just need a break. Maybe it’s been too much, too fast.”

“Some writers put out a book a year.”

“Others put one out every ten years.”

“Give yourself a break. Stop pushing so hard.”

“What if nothing comes? What if I’m empty?”

“Relax. Something will come. It’s already there. So many ideas. So many experiences.”

“Yeah, because I’m old. I started too late.”

“You started when you needed to start. Without your life experiences, you’d have nothing to say.”

“Who really gives a damn about what I have to say? Who’s ever heard of a middle-aged, middle class, white woman writing multicultural lit?”

“I care about what I have to say.”

“All right then, shut up, put your butt in the chair, and write.”

After my first book was published and the euphoria had settled, Jack Remick asked me the same question: “What are you working on?” I shrugged, and he told me I could be a one-book-wonder or a writer. It was my choice, but if I intended to be a writer, I needed to write.

So I wrote. I went back to the timed-writing practice Robert Ray and Jack Remick started over twenty years ago. I wrote against the timer and read around the table. I learned that for me the trick is to put pen to paper and get out of the way. Eventually a new idea, the germ of a novel or memoir begins to grow, characters appear in my mind’s eye, a setting develops, and finally a plot emerges.

So I remind myself, a new novel will come if I don’t block it and allow myself time to play with ideas. I tell myself I don’t have to write another book. I do this for the creative joy it gives me and the pleasure I feel when I hear from readers touched by my words. When well-meaning folks ask, “What are you working on?” it’s okay to shrug my shoulders and smile until I’m ready to share my next book. 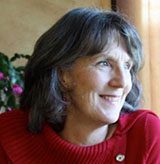 Arleen Williams is the author of three books: Running Secrets and Biking Uphill, the first two novels in The Alki Trilogy and The Thirty-Ninth Victim, a memoir of her family’s journey before and after her sister’s murder. She has also co-written a dozen short books in easy English for adult learners.

She teaches English as a Second Language at South Seattle College and has worked with immigrants and refugees for close to three decades. Arleen lives and writes in West Seattle. To learn more, please visit http://www.arleenwilliams.com and http://www.notalkingdogspress.com.