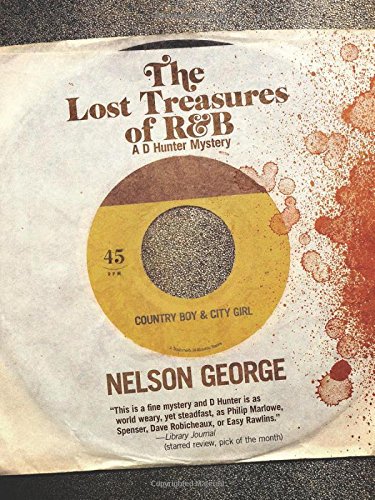 Nelson George has written several important books about rhythm and blues, soul, and hip hop music. This book is his third novel that explores the world of drugs, cops, detectives, and hip-hop. It is set in the hero’s hometown of Brooklyn, where he has moved after his security company has gone under. George explains that providing security for hip-hop and soul artists has become a declining profession as the record business itself has increasingly diminished in financial stature.

A temporary security gig turns bad, and D Hunter is left to fend for himself in a battle against a crooked cop, and various people who have reason to hurt or destroy him. Along the way we are introduced to the world of poverty in the Brownsville section of Brooklyn, with occasional glimpses of luxury in the glamour portions of an aging hip hop and soul music star on tour. George provides some amusing internal jokes for the cognoscenti. A record store clerk is named Jerry Wexler, the name of one of the important producers and executives at real-life Atlantic Records. A record company secretary answers to the moniker of Lynda Creed, close to the actual name of Philly soul songwriter Linda Creed. A sort of ancillary plot is the search for a mythical and valuable recording that features Otis Redding and Diana Ross in a duet. The backing musicians combine the talents of Motown’s Funk Brothers, Booker T, and the MG’s, the house band for Stax Records.

George’s writing style is crisp, although occasionally the various characters blend into one another in such a way that the reader may well confuse them. This book is best suited for the mystery fan that also enjoys hip-hop and soul music.