To Be or How to Be by Sarah Tomlinson 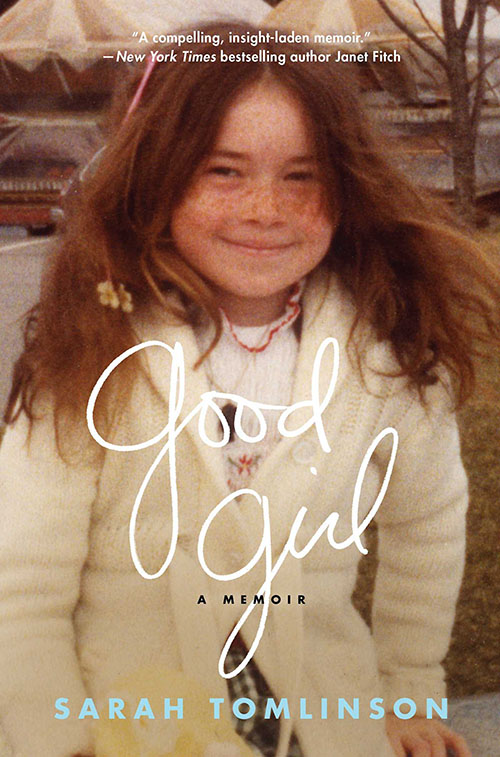 Some aspiring writers work in bookstores. Some find a job in publishing. Others hone their craft as journalists. Me, I waitressed.

Having entered the early college, Simon’s Rock, at fifteen and graduated with a BA at nineteen, the last thing I wanted was a desk job. Instead, I drove cross-country with my best friend, in search of a home, and landed in Portland, Oregon. I didn’t have enough money for next month’s rent, so I took the first job I could find, slinging conch fritters at a Caribbean restaurant, where a local critic promptly reviewed me as a “pasty-faced Portlander.”

The hours and money were good. Theoretically, my days were free to write. I knew how to write, sure. The problem was, I didn’t know how to “be” a writer. I’d taken fiction workshops in college, but now, without structure or community, I struggled to write anything more than the extensive journal entries I penned while drinking gin martinis and smoking cigarettes as part of my constant bid to seem sophisticated. Mostly I spent my days buying T. Rex records, eating Thai food, and haunting the aisles of Powell’s Books. I especially loved the “T” shelf where my own books would someday reside. If I could only make myself sit down and write one.

It took me three years to tire of dodging rum runner-soused customers and ending my day with barbeque sauce in my elbow creases. I decided to try for an office job related to writing. Which, in a city with little publishing industry, meant I temped. For an orthotics and prosthetics lab, for a safety supply company, for the central fraud office at Wells Fargo Bank. And, finally, for a real estate agency where one of the realtors kindly introduced me to her client, Win McCormack, who had just bought a tin house with the idea of starting a literary journal there.

Around the same time I became Tin House’s first copyeditor, I landed an internship at The Oregonian’s web site, OregonLive.com, and was given the best possible job. Well, job might be a slightly strong descriptor, since I wasn’t paid for this task and did it on my own time. But I got to write three separate book columns each week: one on publishing gossip, one in which I reviewed local readings as if they were rock concerts, and one in which I interviewed writers.

Suddenly, I was deluged with information about the minutia of how to “be” a writer, and I soaked it up like the moldering clapboards soaked up rain at the ramshackle house I shared with my boyfriend. My first interview, ever, was with David Sedaris, who’d just dropkicked his way into the spotlight with his beloved and hugely successful collection, Naked. Although I was a mass of nerves and insecurities, we had a lovely conversation about writing. The next day, he generously sent me a typewritten thank you, which was an incredible boon for my confidence (and status at work).

Not all interviews went so well, however. I’d long been a fan of former Portlander Kevin Canty and was agog with enthusiasm when I interviewed him. Later that night, as I waited eagerly for his reading at Powell’s to begin, I overheard a friend ask him how his interview had been.

“Chatty,” he replied with enough arch exasperation to make me want to not only flee but also to quit writing altogether.

My blush faded, and the gig led to my first article for The Willamette Week, in which I interviewed the woman who’d served as David Sedaris’s handler because I was fascinated her job even existed. Next, I spoke to local author Chuck Palahniuk for Salon.com about the film adaptation of his book, Fight Club.

During every encounter, I asked questions to gain information for the reader. And I asked questions to gain information for me, the aspiring writer. I learned David Sedaris wrote every day; Arthur Golden threw out a complete draft of Memoirs of a Geisha. This was how it was done. In so doing, I learned how to “be.” Or at least how to “be” a writer. 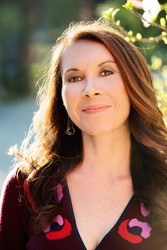 Sarah Tomlinson is a Brooklyn- and Los Angeles-based writer. She has ghostwritten twelve books, including two un-credited New York Times bestsellers. Her writing has appeared in publications including Marie Claire, MORE, Salon.com, The Los Angeles Times, and The Boston Globe. Her father-daughter memoir, Good Girl, was published by Gallery Books (Simon & Schuster) on April 21, 2015.