Method in the Madness by Harris Gray 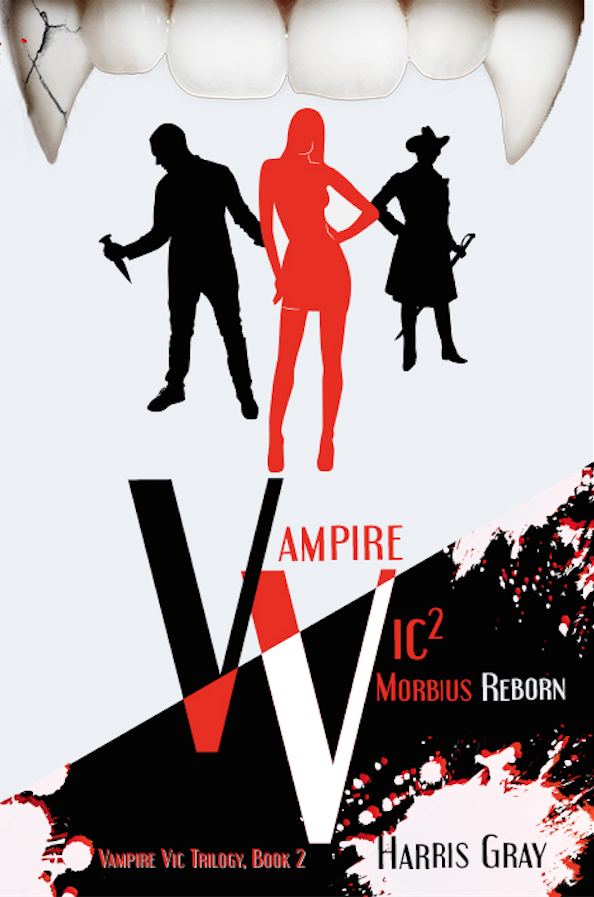 We hear you. Just like Mary Todd heard it, every single night. Must have driven her crazy. But we can’t blame Abe, he had enough on his plate. Think of the great things he could have done, in a world without vampires. For that matter, wouldn’t Elizabeth Bennet and Mr. Darcy have enjoyed a smooth courtship if not for zombies? We can only imagine.

But we must stop wasting precious time fantasizing about these what-if scenarios! Vampires, zombies, meter maids, Spirit Airlines, they are with us, they’re not going away any time soon, and they have stories to tell. Of course, no one wants to read about pure evil. That leaves vampires.

Vampires with stories. Writers, who write them. It’s fair to say we were compelled.

Even such a handicapped vampire cannot go an entire trilogy without dipping his fangs. So we had to understand what it’s like to bloodsuck. And because we made Vic so damn relatable, one of us has perhaps begun to over-identify with our hero. Coincidentally, that half of Harris Gray is keen on what he calls “method writing”: one of us acts out a scene while the other writes it. This has led to uncomfortable moments:

“Allan, hold still, we need to understand the angle of the bite.”
“No, Jason, you’re closer than I like!”
“You think I like touching you?”
“Well, you’re smiling—”
“I’m in character! The muse demands positive vibes, Allan!”
“Sorry. You do have pleasant breath…”
“Lots of coffee. Now shhh…there…are you getting this down?”
“Owie-owie-ow, no!…okay, yes…” [typing and narrating] “Victor wrenched Nikki’s head back and dove at her throat. One fang gashed her thin skin, her blood smearing across his lips…”
“Good, good. I’m getting a hot, salty tang…”
“…hot and salty and filled with a palette of scents, sights and flavors he had never experienced…”
“Dial down the embellishment, Allan. Let’s keep it authentic.”

Two things came of this process. Via Victor, you are going to get a realistic idea what it would be like (for us) to bite (you). (The intimate writer-reader bond we all desire.) And one of us now identifies closely with slayers.

No more vampires, you plead. It’s okay, we know what you’re really afraid of. That once we slip you inside the head of the vampire, show you his dreams and disappointments, once you became a “method reader,” you’ll find your worldview changing, black and white turned a rich shade of gray, enjoying that hot and salty tang.

Or (worse?), your biases confirmed, doubled-down on your desire to pound a stake in the vampire’s heart.

Writing this tale, we learned a lot about each other’s biases, fears, differences. Vampire Vic couldn’t have come to life without agreement on theme, character outlines, and story trajectory. But many times as the story unfolded, as one of us tried to paint it black and white, the other daubed color on the canvas.

“What the…? What am I reading here? Barbara wouldn’t say that!”
“Whoa whoa whoa…what is he thinking!?! Jay doesn’t deserve to live!”

We would each throw a (private) tantrum, and then start plotting from a different angle.

And every so often, after the tantrums (some not so private), one of us would actually turn to the other and say, “Wow, you’re right.”

Together, the final chapter is being written. There is still time for one of us to drink the other dry, to do irreparable damage to the heart. We can only ask for the strength to follow Honest Abe’s example and thoughtfully make the hard decisions, to find a way to beat society’s odds like Elizabeth and Mr. Darcy, all the while accepting the undying presence of the vampire story.

There is nothing wrong, however, with hoping someone soon hammers a stake in Spirit Airlines. 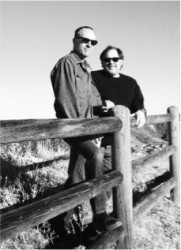 Harris Gray combines the writing talents of duo Allan Harris and Jason Gray. Together, they have written three novels, two screenplays, a Christmas play and a collection of stories from Jason’s younger days. An early version of their novel Java Man was a finalist in the Rocky Mountain Fiction Writers contest. Allan is a former guest columnist for The Denver Post and Jason owns Crowfoot Valley Coffee and Crowbar, land of rumor and embellishment.

Their collaboration began in Jason’s coffee shop. Allan wrote and eavesdropped as Jason entertained his customers. One day, Allan found a little yellow notepad waiting for him, crammed to the margins with Jason’s exploits. Allan typed them, touched them up, and called it good; but Jason had other ideas. As their tales converged and became inseparable, Harris Gray emerged. While the two couldn’t be more different in how they think and write, Harris says, “There is something wonderful and incredibly cohesive when we create a story together.” In Gray’s words, “We’re something less than Sybil and more than Siamese twins.”

Vampire Vic, the first installment in the darkly funny and relatable trilogy, launched in March 2013. Readers can add the follow-up, Vampire Vic2: Morbius Reborn, to their bookshelves this fall. Harris Gray also released their standalone novel Java Man in November 2013.