When Good Enough Is Not Good Enough: The Importance of Perfection in Your Writing by M.D. Moore 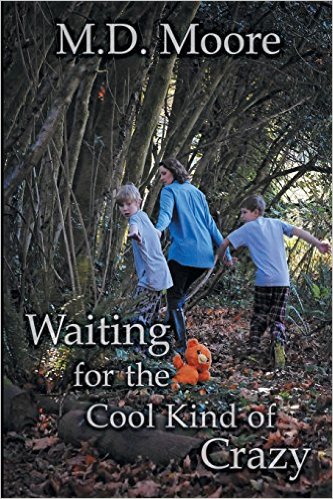 When Good Enough Is Not Good Enough:
The Importance of Perfection in Your Writing

Nine years. It took nine years for the New Horizons Space Probe to reach the dwarf planet, Pluto. In those same nine years, I wrote and published my first novel. New Horizons traveled over 3 billion miles. I wrote over 3 billion words (give or take 2.5 billion). It’s nine years were spent mostly in a void, it’s target out there somewhere unseen, propelling itself at 31,000 mph towards it’s objective. While nothing in my life moves that fast (even light travels leisurely in my home), the similarities are uncanny.

Let me be clear, it took me about six months to write my first draft. The other eight and a half years were filled with lessons in impatience and futility, traveling over roads pock-marked with hard knocks, and, of course, rewrites. Begrudgingly, rewrites.

Work smart, not hard? Not me. Half measures are what I know best. I come by it honestly. In the very roots of our family tree, there are Goodenoughs. My great, great, great, great…grandfather, Whatever Moore, is the patron saint of Good Enough. Heck, I live a few blocks away from a street called Goodnough Lane(seriously). The problem is, good enough, my personal credo, is also known as mediocrity.

Why have I chosen to hang out on Goodnough Lane? Because for the most part, good enough has been sufficient. My grades from elementary through graduate school, while never stellar, were good enough. While not a perfect physical specimen, my health has always been good enough. I’m not the richest guy I know, but my income is good enough. That Adirondack chair I made last summer? While it will never grace the cover of Architectural Digest, it holds me comfortably and that’s good enough.

Where good enough has never served me and hopefully never will (though I’ve seen some best-selling writers who eventually succumb to the good enough dark side) is in my writing. Yes, it took me nine years to complete my novel for publication. But in those nine years, I learned a lesson that will assure that I don’t spend another nine years getting my next book out: publishable writing demands perfection. Not the type of perfection that’s required for a probe to hit a target 3 billion miles away, but the subjective perfection that’s required of writing.

With writing, the laws of craft must be obeyed (allowing, of course, for the subtle artistic nuances that make for some great expository… see Cormac McCarthy). While judging many writing contest entries, I have seen, much more often than not, a major disregard for the rules of writing: commas misplaced, words misspelled, punctuation used willy-nilly, and yes, even sentence starting with words not capitalized (which the writer had to do purposely as every writing program created auto-corrects such mistakes). As I was required to give kind feedback to each entrant, my job as judge was as difficult as theirs as writer. While I wanted to write “Ever consider a career in something besides writing…any career at all?” as their critique, I instead would offer “You’re really close! I would just watch out for those first words in sentences that are supposed to be capitalized. They can be really tricky. Easy mistake to make.” I assure you, my critiques were far more grammatically correct than their entries.

Why is good enough the standard so many writers seem to aspire to? Because, like NASA, they are shooting for a target billions of miles away – publication. Excellent writing requires that you focus on what’s right in front of you and when you’re finished, that you look at it again…and again…and if necessary again and again until perfection is achieved. That’s what finally pushed my book into the realm of publishable…forgetting publication. To you, I offer, learn the craft of writing and apply it to the very best of your abilities, focusing on each chapter, each paragraph, each word, and never forget the punctuation. In writing, rarely will good enough be good enough and I, for one, am grateful for that. 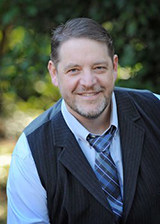 A native of Tacoma, Washington, M.D. Moore worked as a therapist in Washington State’s most acute psychiatric hospital. Moore currently serves as a rehab director at a long term care facility serving veterans and their families. A member of the Pacific Northwest Writers Association, M.D. Moore lives in Gig Harbor, Washington with his wife and sons. Waiting for the Cool Kind of Crazy is his debut novel. Visit M.D. Moore online at: www.mdmooreauthor.com.