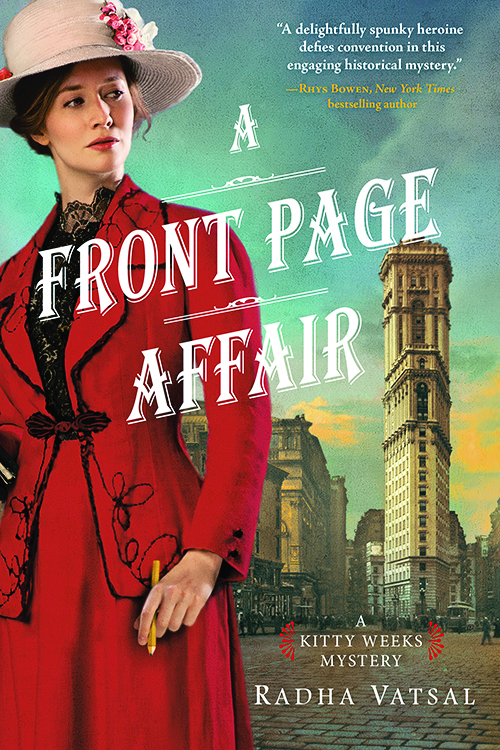 In Their Own Words—Giving Voice to Historical Figures in Fiction

I’ve tried to create a collage in A Front Page Affair. I layer historical figures, real places, accurate geographies, actual news, accurate dates and all kinds of period ephemera – like advertisements and floor plans – to convey the feel of a well-off young woman’s life in New York City in 1915. So, when it comes to giving voice to historical figures, I try as far as possible to use their own words, even if those words happen to be part of a book or some other written record, and not reported speech. In conversations that take place in A Front Page Affair, I juxtapose historical characters’ words with those spoken by my fictional protagonist, Capability “Kitty” Weeks.

Kitty works as a reporter for the Ladies’ Page of the New York Sentinel (Yes, “ladies’ sections” did exist in newspapers back then). As part of her job, Kitty interviews the philanthropist, writer, advocate for women’s rights, and daughter of J.P. Morgan, Anne Morgan, at the women-only Colony Club on Park Avenue in Manhattan. Incidentally, the club still exists today. Most of Morgan’s dialogue comes from direct quotes or closely paraphrased sentences from her 1915 book The American Girl: Her Education, Her Responsibility, Her Future, Her Recreation. This, I think, most accurately conveys the formidable philanthropist’s idiosyncratic thoughts and character. Morgan was a woman who wrote, “America is a country where, to its own undoing individualism has reigned supreme.” We have to remember that she was the daughter of one of the most powerful bankers in the world, living on inherited millions. She also had a sense of humor: “The internationalism of the American girl is far in excess of that of any other nationality,” she declared in The American Girl. “Intermarriages have always existed… but never, since the days of the barbarian invasions, has any one country supplied so many instances.”

Later in the novel, Kitty speaks to a punctilious German diplomat (I can’t reveal his name or that would give away the plot). There is much less information available about him. For obvious reasons, he was a man who valued his privacy. So, we know what he did, but not what he said or how he spoke. I worked with the facts that I had, and filled in the rest with imagination: he was a native German speaker speaking in English and, as a result, he might sound a bit stilted and formal. Since he was a diplomat and Germany was very unpopular with the American public due to the recent sinking of the Lusitania, he had to be able to press his case without being misunderstood. I had great fun trying to picture how this upright representative of the militaristic Kaiser Wilhelm II might try to present himself in order to appear in a sympathetic light to an attractive young American reporter.

For me, historical fiction opens the door to another world, and the challenge as a writer is to make that world both as immersive and as eye-opening as possible. Writers of fantasy, for instance, have to invent customs, laws, rules, all the details of everyday life to create a rich believable environment. Writers of historical fiction, especially in well-documented periods like the 1910s, have those details available to us. We have people’s words on record, and that’s not something I like to waste. I find that people often say things in real life that are much more interesting and revealing than anything I could make up. 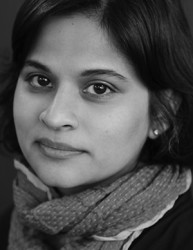 Radha Vatsal is a writer based in New York City. She was born in Mumbai, India and has a Ph.D. from the English Department at Duke University in North Carolina. Her debut novel, A Front Page Affair, was released May 2016 from Sourcebooks Landmark.