A Conversation with Mary Roach, Author of Grunt: The Curious Science of Humans at War 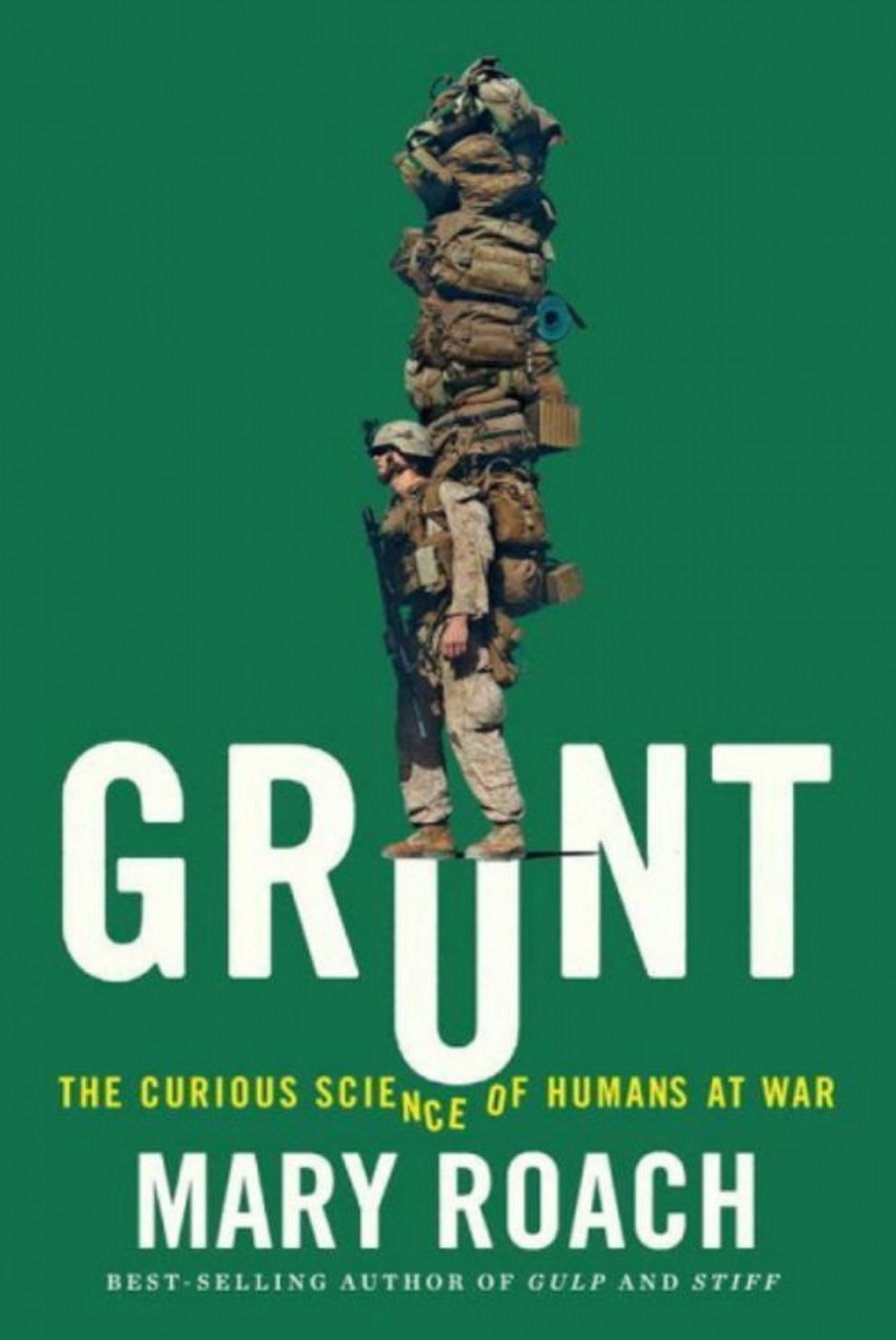 A Conversation with Mary Roach, author of Grunt: The Curious Science of Humans at War
– Interviewed by Whitney Smyth

Author Mary Roach is no stranger to topics that make many people squirm uncomfortably. In her previous titles she has tackled the science behind our digestive system, exploration of space, human cadavers, and the afterlife. Her latest book, Grunt: The Curious Science of Humans at War, takes a closer look at the hardworking scientists that support our men in uniform on the front line. I had the opportunity to chat with Mary about her new book while she was in Portland for a signing at Powell’s. Our meeting began in fine fashion as we both went to the wrong lobby (there were two) but finally bumped into each other and picked a spot on a couch near some slightly creepy, yet oddly thematically appropriate mannequin-sculptures.

Mary claims she never wanted to be a writer when she was a kid, and that she actually never thought about being anything at all! “I didn’t really think about it. I had this idea that ‘I’d find something.’” Although, she does suddenly think of one thing. “When I was in fifth grade or thereabouts, I used to write letters to companies, and someone from the public relations, their job was to write a letter back. I wrote letters to the Scrubbing Bubbles people and would be thrilled when I got a letter back. I wanted to be the person that writes the letters, so I guess that’s a writing job!”

All of Mary’s books are heavily researched with interviews she conducts, and numerous professional articles and studies. With Grunt, her primary concern was with regards to access, but she ended up finding people to be incredibly helpful. Her biggest hurdle seemed to have to do with timing – wanting to research projects that were not happening at the time she had available to do the actual research. For example, she voiced interest in trying out the simulator they use for studying Spatial Disorientation Illusions down at the Navy Aeromedical Research Laboratory in Pensacola, Florida, which was sadly under repair for two years. She also thought about embedding in the dental battalion “I kept picturing them parachuting in with little picks saying, ‘open wide!’” She loved the idea of the juxtaposition between dental work and the image of a soldier, and while her contacts were open to it, the timing never worked out. “I kept going, well, scratch that – now what do I do? Every two months the whole outline of the book would change!”

“The reality is whether it’s war, or the space program, or a book tour… on paper it might have looked like this, but the reality is there’s always a dozen factors that nobody foresaw.”

When asked about her tendency to be drawn to topics that the majority of our society considers somewhat taboo, she said that they were all “topics that we all have a curiosity about.” When many of them involve processes of the human body, it’s something all humans are familiar with, even if it makes us squirm. “I suppose I give people permission to be interested in it and talk about it over dinner. I like it when topics like diarrhea or maggots go from being gross-out, tee-hee, to ‘Oh! That’s really interesting.’ I like turning the tables on these so-called silly topics,” she said with a smile.

Mary’s deep-seated curiosity and dedication to gathering information for her books can sometimes go to extremes. While researching the chapter in Grunt on the medical uses of maggots, she said, “I wanted to see what it was like, and I’d recently burned myself at a Korean restaurant on a stone pot and it was a pretty deep burn. I kept thinking to myself, ‘well, if I went back and just did that again, then I could get a dose of maggots and see what that’s actually like!’” Luckily the doctors at the Walter Reed Army Institute of Research managed to talk her out of it. Though she says that “If I ever have a problem with a reoccurring infection I will be open-minded to maggot therapy.” She laughed before saying in a mock-conspiratorial tone, “I’m very well connected in the community and I know exactly who to go to!”

Our talk turns a little more serious when we start discussing the disconnect between the soldiers on the front line and the scientists that are doing everything they can to help. “The reality is whether it’s war, or the space program, or a book tour… on paper it might have looked like this, but the reality is there’s always a dozen factors that nobody foresaw.” She went on to say that there is an “insurmountable problem of you – a country – going to war with all the equipment that they had from the last conflict, and these things tend to happen quickly. So, you’re often starting out with hopelessly inadequate stuff. Sometimes the uniforms and vehicles are direly misplaced, so the whole machine gets rolling and they have to requisition stuff, like Humvees that can go over IEDs and keep people alive. The bids go out to contractors and then they have to evaluate them, but they weren’t even equipped to evaluate them because all they had were outdated crash test dummies designed for a head-on collision or from the side, and not something from below.” New processes have to be created, new objects and formulas invented, and then new ways to test them developed. “It has to be unbelievably frustrating being given equipment that isn’t keeping you safe, but the scientists want to help, but it takes time.”

In Mary’s opinion, one of the best things she experienced while writing the book in regards to the disconnect between the front lines and the people back home was the conference she covers in the short last chapter, “Feedback from the Fallen.” This monthly teleconference aims at cutting out the middleman “instead of waiting for a paper to be published two years down the line, or having to go through the pentagon,” the medics on the ground can speak directly with various medical examiners to get timely feedback for improving medical procedures in the field, potentially saving many lives.

War has always been a polarizing issue. It generates atrocities and many people suffer unnecessary loss and pain. However, there is no doubt that it also has been the driving force for many of humanity’s greatest innovations. “Given a pile of money and being told, ‘go make something useful for mankind,’ you go, ‘where do I even begin?!’ But if someone goes, ‘this is the problem, and can you put your minds to this. Oh, and here’s some money.’ Then things get done!” 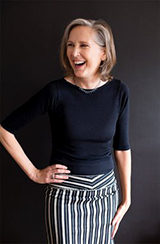