Chicago: A Novel by Brian Doyle 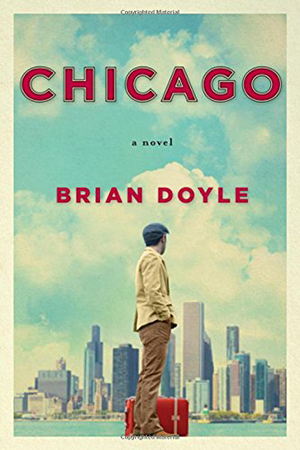 For anyone living in Chicago in the late 1970s and early 1980s, Brian Doyle’s Chicago: A Novel speaks in a descriptive language akin to that of Mike Royko and Studs Terkel. It is earthy and brimming with passion for the “City of the Big Shoulders.”

Although the narrator does not fully introduce himself, the reader learns much about him through the course of his narration. In the frame of the story, he states that he is looking back on the five seasons he spent in Chicago when he was young. The youthful narrator of the story is respectful, referring to many of his neighbors with their title of Mr. or Miss or Mrs. He teems with life and a level of awareness of the intense diversity and beauty around him. His descriptions repeatedly bring the reader back to his apartment building and its inhabitants, from Mr. Pawlowsky, the caretaker, to Miss Elminides, the owner, to Edward the dog. Each apartment’s occupants may have names or not, but each has a characterization which generally relates to his or her job. The neighborhood and the rest of the city come alive as he chronicles his adventures through it.

Those adventures take him on the Sound Asleep Bus driven by Donald B. Morris to Comiskey Park to watch the White Sox winning, to running along the lakefront to Southside blues clubs. Doyle’s Chicago is a lovely, nostalgic panorama of the city.