The Curse of the First Pancake by Shannon Baker 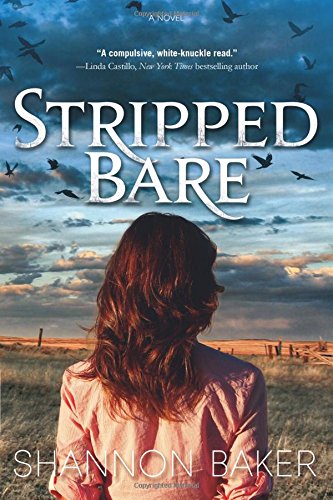 The Curse of the First Pancake by Shannon Baker

There’s a piece of writing wisdom that says to hone your craft, you must first write one million words. Back in my early years, I’d read somewhere that it takes, on average, twelve years from beginning writer to published author. If you’re writing every day, those might amount to roughly the same. If that’s the case, I’m a below average writer. I don’t remember when I became serious about writing but I started slowly, articles, essays, short stories, before I launched into novels.

I took a few years off here and there for life crises, and eventually published my first novel in 2010. Although I loved that book – I’m afraid it’s a First Pancake affair.

You know about the first pancake. For some reason, it never turns out right. Parts of it burn and others are doughy. That’s the one you feed to the dog. But after that, they rise up to a golden brown, all fluffy and perfect. I’ve learned not to get impatient and gobble that first one. I’m better off to save belly space for the really good pancakes that follow.

I didn’t apply the same wisdom to my First Pancake book. I worked on that poor story for far too long. I knew the characters from their DNA out, why they acted as they did, nearly every day of their childhood. I understood the issues at stake, the technology, and the history. I researched and read, dreamed and created. Tore down, rewrote, revised, regurgitated.

My critique groups saw so many versions they grew to hate it. I queried agents in the hundreds. And in between rejections, I rewrote according to the last skill I learned or the latest critique.

I buried myself in that book, refusing to give it up. By the time I finally got a nano-press to accept it, I couldn’t tell you what I’d translated onto the page and what only survived in my head. It was a goulash of partially rewritten scenes, action changed to meet so many others’ ideas, styles and timelines. When I started writing the book, data was stored on CDs and used in desktop computers. When I published it, thumb drives and cell phones were common.
I probably shouldn’t have turned it out for public consumption but publishing seemed the only way for me to let it go and move on.

I can’t say the next book was perfect, but it did rise and cook evenly all the way through. And to follow this analogy to the ridiculous, every book since then has been full of better quality ingredients that just weren’t available for that first pancake. And now I’m thinking of clever ways to incorporate butter and syrup metaphors, layering pancake on pancake to create a towering stack of literature, but I’ll give you all a break.

I’ve got my rights back to that book. And I still believe in the story, even after the disastrous execution. Every now and then, I get the notion I should pull it out and with my new skills, rework it. Again. The premise is great. The concept is still valid.
So far, my wiser side has prevailed. (That and my friends and family get a rabid gleam in their eyes when I mention it.) I’ll let the dog enjoy that First Pancake book and happily introduce the first book in the Kate Fox mystery series, Stripped Bare.

Just when everything seems about perfect, someone leaves the barn door open and all hell breaks loose. At least, that’s what it feels like for Kate Fox. Born and raised in the Nebraska Sandhills, smack in the middle of eight interfering siblings, related to everyone in the county by one degree of separation or less, Kate’s managed to create a her perfect life.

A shattering phone calls hits Kate like a January blizzard. A local rancher is murdered and her husband, the sheriff, is shot. When her husband is suspected of the murder, Kate vows to find the killer. 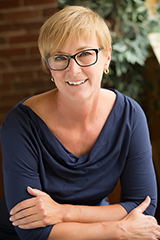 A fun, adventurous read, Baker’s novel has been compared to well know character series from aforementioned Craig Johnson’s Longmire to Linda Castillo’s Kate Burkholder and the Joe Pickett series by C.J. Box. Kate is determined, smart and funny and one thing’s for certain – mystery readers who are fans of character-driven stories in a western setting will love the landscape brought to life in the Nebraska Sandhills.

Baker also writes the Nora Abbott Mysteries, a fast-paced mix of murder, environmental issues and Hopi Indians inspired by her time working at the Grand Canyon Trust. Her first book in the series, Tainted Mountain, earned Baker a spot as a finalist in the 2013 New Mexico-Arizona Book Awards and in 2014, she was recognized as Rocky Mountain Fiction Writers’ (RMFW) 2014 Writer of the Year.

She serves on the board for RMFW, Sisters in Crime, Mystery Writers of America, and is also an active member of International Thriller Writers, and Western Writers of America. Baker has also been a featured keynote speaker for Friends of CU Libraries.

Having grown up with a father who worked in big retail, her family moved around frequently – living in California, Colorado, and Missouri. She married a rancher and moved to the Nebraska Sandhills for nearly 20 years, where cattle outnumber people by more than 50:1. After escaping Nebraska, Baker continued the nomadic life, moving seven times in ten years; and while it may seem schizophrenic, it helped to create the incredible western settings in her novels.

Baker has since settled in Tucson, Arizona with her favorite person, and her Weimaraner, Jezebel. A devout fan of the beautiful Arizona sunsets, Baker still is, and always will be a Nebraska Husker. Go Big Red!