The Importance of Taking a Break by Kira A. McFadden 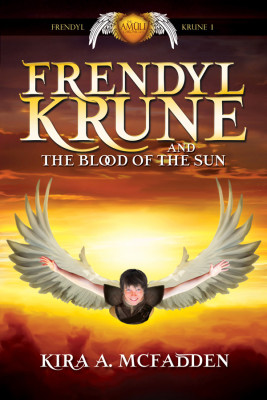 The Importance of Taking a Break
By Kira A. McFadden

Writers write – this mantra is heard in every corner of the writing industry, and it’s true. The very nature – the core, if you will – of being a writer is that we write. To become successful, we must write often, typically resulting in writing becoming a full-time job. Not every writer has the luxury of writing from 8:00 a.m. until 5:00 p.m. daily, however. Many of us fit writing in when we can, often staying awake into the dark hours of the morning and pushing ourselves beyond the limits of what most people would consider acceptable.

In many cases, this results in quick burnout and fatigue regarding writing. Sometimes, writers even become bitter toward their work. How do I know this? It happened to me fairly recently. I’ve had burnouts before, of course (What author hasn’t?). This was different, though. This burnout was fueled by the rage and annoyance with characters I’ve spent every day of my life with during the past fourteen years. When I realized what was happening, that writing The Amüli Chronicles was no longer making me happy, I had to force myself to step away and consider what I needed. Me, as an author, because if I’m not happy with my work, I can promise my readers won’t be happy with the results.

So, I took some time away to recalibrate and decide where I truly wanted my career to go. During that time away, I realized that I’d been moving too quickly. Each project jumped before me, and in true Kira-form, I would tackle it without thinking everything through. The creative drive had vanished not because I hated my characters, but because I hadn’t given them the space and time to grow naturally. Though I love the works I’ve produced up through today, a moment of clarity struck me: I need to slow down.

Once that revelation became clear, I did slow down. I spoke with my publisher, and we agreed on a new timeline that better suited my need to pace things out differently, to give my characters their stories the room – and the time – they truly required to grow.

I also found my spark of passion again, and this light came from a truly different place than expected. This is why it’s so utterly important for writers to recognize the need for a break. Pauses in writing and time to reflect upon your work are vital to the creative process, and every time I speak with a weary author these days, I make a point of asking, “When was your last break? When was your last day or two off?” Typically, the answer is months, if not years. This isn’t healthy. To maintain a creative streak, recognize that you are only human, and that you can only do so much before exhaustion and loathing set in. Don’t forget to give your brain a chance to rest, a chance to subconsciously plan, so that you can get back to loving the art of writing instead of fighting for every word. 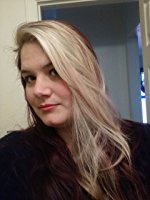 Kira A. McFadden began telling stories before she could put pencil to paper. In the beginning, her tales revolved around princesses and knights, dragons, space ships, and epic battles. For over the last decade, however, her concentration has been solely on the creation and completion of The Soulbound Curse. Since beginning this massive project, She’s filled notebooks, sketchbooks, and hard drives with pictures, notes, languages, and pages upon pages of drafts for the Amüli Chronicles, which she expects to someday surpass the 20-book mark.

At the moment, She’s working on the sequel to The Soulbound Curse, to be called The Soulless King, in which new characters will appear, old ones will return, and the story of Clae, Marik, Eti, and Lothar will continue. She’s also hard at work on the first of her Middle Grade Fantasy series, Frendyl Krune and the Blood of the Sun. Plans for more tales from Inrugia are scattered across her desk, such as the Young Adult Fantasy trilogy about Jartia and Christopher, Draemyn Pex’s notebook during the Transition, and the tale of Lothar and Marac in the Pre-Transition Era.

She live in Frederick, CO, with her beloved Micahl and two cats, Middii and Eva.